Mold-A-Ramas at the Knoxville Zoo 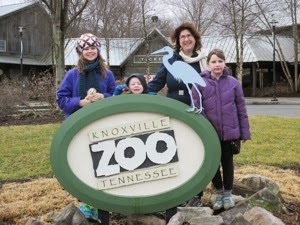 Our first stop on our big Mold-A-Rama Road Trip was the Knoxville Zoo in Knoxville Tennessee.  It was about 40 degrees and rainy there, but such a huge improvement over the below zero temperatures we'd been enduring in Milwaukee that it felt wonderful.  We liked Knoxville.

And we liked the Knoxville Zoo.  It's a small zoo for a small city, but it was nicely laid out with a decent number of animals including a few our zoo doesn't have, such as red pandas which were beyond adorable.  Instead of feeding the goats there you can brush them, which was sort of odd and hilarious.  Far and away the thing my kids loved best was the large netted habitat for budgies where you could go in and feed them seeds glued to sticks as the birds landed on you and flew all around.  That made my kids fans of that zoo forever. 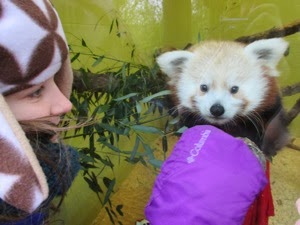 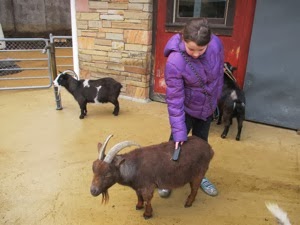 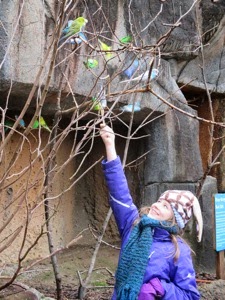 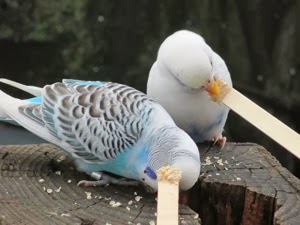 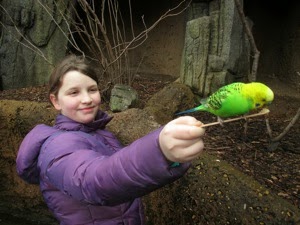 The displays at the Knoxville Zoo felt intimate, with everything much closer than we're used to.  We were also one of only two families there that day at the zoo, so most of it we had to ourselves.  (It pays to go places off season and during school hours!)  The people who worked there were friendly, and intrigued at our interest in their Mold-A-Ramas.

But oh my, let us get to the Mold-A-Ramas.  I thought our machines at the Milwaukee Zoo seemed a tad neglected, but the Knoxville machines look like something out of a souvenir apocalypse movie.  They are a mess! 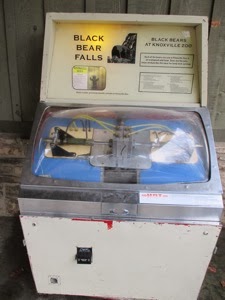 The first one got our hopes up.  It was labeled as a Mold-A-Matic, had a bear figure we didn't have yet, and only cost one dollar instead of two, although it didn't take coins or make change so I was glad I'd gotten a lot of singles from the bank before we left on our trip.  We got our first Knoxville Mold-A-Rama/Matic and then moved on to the next which was an Otter.  Also exciting, since that was a new figure for us as well. 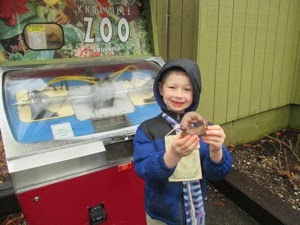 It was all downhill from there. 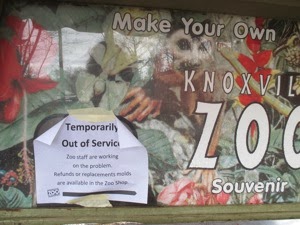 Our list said there should have been nine machines at the Knoxville Zoo.  We found eight, and the people who worked there had no idea where the last one on the map may have gotten to.  None of the machines after the first two worked.  A couple of them refused to take our money, some had "Out of Order" signs on them, and a few were so damaged and sad looking we couldn't even figure out what figures they were supposed to make. 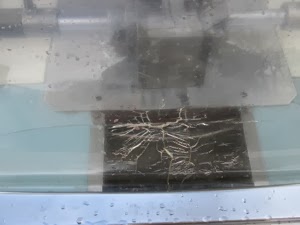 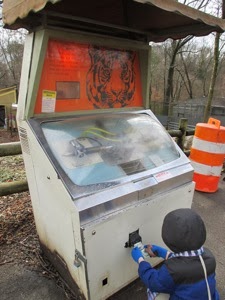 Most places that have Mold-A-Rama machines also let you buy them already made at their guest services counter or the gift shop if you had problems with making one yourself.  (For instance, our mangled Weinermobile figures at the Henry Ford Museum we were allowed to trade for good ones.)  We asked if they had any figures for the non-working machines at the Knoxville Zoo, but they primarily had a box of figures from the couple of machines that already worked, so more bears and otters.  But they also had skulls (which had been a special for Halloween) and elephants, so we picked up those. 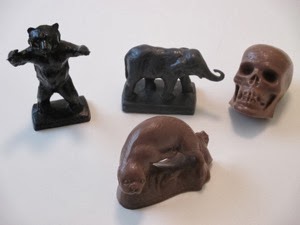 So out of nine machines we only got four figures, and only two of those we got to make ourselves, so for a Mold-A-Rama Road Trip this was not an auspicious beginning.

But we had a blast.  And now we feel better about our machines in Milwaukee, which by comparison are ship shape.  We also don't have to feel like we are missing out on anything Mold-A-Rama-wise in Knoxville, because those poor machines are most likely just going to keep rotting away where they stand because it's an odd location halfway between the two big Mold-A-Rama areas of the country and likely not in any service guy's regular rotation.  If I ran that zoo I would probably gather the three or four machines that work into a space protected from the weather, get rid of the rest, and switch out the molds periodically in the remaining machines to do various fundraisers.  Because right now the deteriorating machines scattered around the park drag down the look of an otherwise pleasant zoo.

Ah, well.  Those machines gave us an excuse to visit Tennessee, and we enjoyed it enough we may go back. The crazy tourist area in Pigeon Forge alone may be worth another visit since the kids were disappointed that we didn't have time to stop there on the way to the Smokey Mountains.