In this summer of quarantine, I did manage to get away with the kids for a few days to our cottage in Michigan. Ian stayed behind to care for the pets and manage the store, but for the rest of us, it was nice to leave the house and be, well, in a different house.

The funny thing is the kind of aimlessness and lounging around at the cottage is remarkably similar to the lack of schedule we've had at home for much of this year, but there it is relaxing. At home the pandemic has made the lack of options and activities rather stressful. Being isolated in the woods at the cottage feels welcome. We played board games (including the ridiculous "Bonkers" that we had no directions for), read books, caught frogs, played badminton, and paddled in kayaks. I wish we could have stayed there the whole summer. 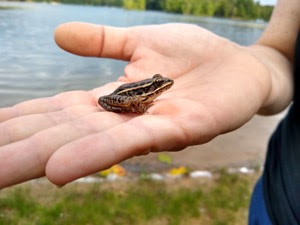 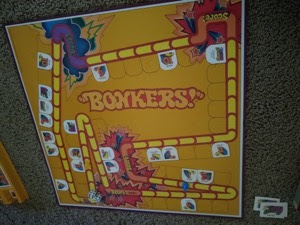 We even got to test out our "coconut light" that was sent to us mysteriously a few months ago. We received a limp glowing ball in the mail that we were concerned at first we may have been accidentally charged for. But we weren't. It was an anonymous gift, and over the course of the next several days one that each of my brothers also received. So, thanks? If you sent this to us, it does float, and it does change color. This is what it looks like in the lake: 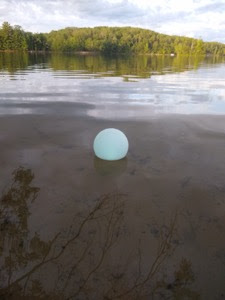 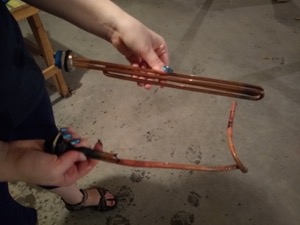 Being at the cottage also means having to fix something. This year it was the water heater. I was really proud of Aden and myself for figuring out how to replace the heating element on our own. I also had to take apart all the plumbing under the kitchen sink when the garbage disposal got clogged. So that was fun. (It actually kind of was. Because again, there's no real pressure at the cottage. It's all fine. And Aden and I laughed our heads off at the messy way we went at the water heater, but hey, we fixed it!)

We got to meet my mom up at the cottage, because we figured even if we didn't have time to quarantine, we could find a way to visit together safely. We set up a bed for her on the screened porch, and sat spread apart at dinner, and wore masks when we were together inside. Far from ideal, but better than no time with her at all. All part of our strange new reality.

One of the many things that did not go the way we imagined in this unexpected version of 2020, was the opening of our family time capsule.

Back during Y2K, we decided to celebrate the new year at the cottage, rather than at my parents' home in Detroit. We weren't worried about technology running amok, but we didn't see any reason to risk being around too many people if the world decided to get weird. Plus my grandma's cottage was fun, and we seldom saw it in the winter. New Year's Eve was always our big family fun event with my Uncle Joe and his family when I was growing up, and our ushering in of the new millennium at the cottage turned out (for a variety of reasons) to be our last big celebration of that type. 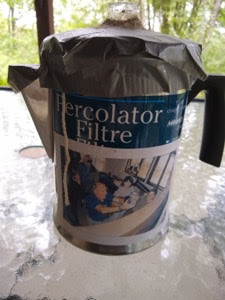 Like many families back then, we decided to create a time capsule. Ours we fashioned out of a small metal coffee pot, which we filled, sealed, and stored at the back of the utility closet. We put the "to open" date on it at 2020, which seemed very far away, but not too far that we couldn't all gather again and enjoy the contents at the reopening. 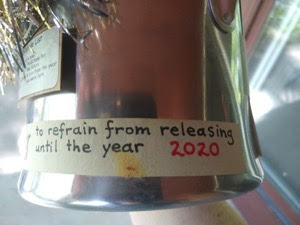 I remember that New Year's event rather well. My brother Arno had just been married the week before and was there with his new bride whom we were all still getting to know. (She's from India, and we were all introduced to her pretty much at the wedding.) I was still in violin making school. Ian and I were talking about having kids. My dad was still well and wrote lyrics for me to put music to. We did some crazy sledding with my cousins in the dark from the top of the hill where the cottage is, down and around the bend and onto the frozen lake. (There is one flat stretch in the middle where my brothers took turns assisting people past that slow spot and to a place where gravity could take over again.) My mom made amazing food. There was a lot of laughter and love.

We all stood around on that New Year's Day to share the items we were putting in the time capsule. People read poems and stories and predictions. My cousin Tony put in his resume, which was hilarious both then and now, but a remarkably good summary of who he was at the time and where his ambitions lay. People who couldn't be there in person (like my grandma) sent things along to add. There was a commotion before that little coffee pot was sealed about some little messed up toy guy being included or not. (I couldn't recall how that came out, but it turns out it was not.) 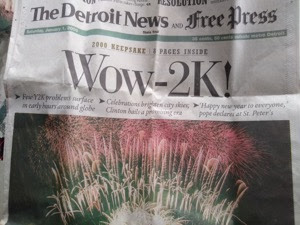 We all imagined a big celebration in 2020, where we could meet at the cottage again and see together what had changed over two decades. Instead, we had a small, quiet moment, where I opened the time capsule out on the porch with my three children and my mom (socially distanced at the other end of the table) and all of us in masks.

The sense of loss was almost palpable. My grandma is gone. My dad is gone. There are members of the family I used to hold dear who are now somewhat estranged and it breaks my heart. There are people I love that we have to stay at a distance from for everyone's safety. We couldn't even hug my mom who was right there.

It was strange to see my dad's writing, and read my grandma's carefully typed words. I missed everyone. I missed some things the way they used to be.

And yet.... There are so many new people in the family now.

I wrote out a family tree as it was twenty years ago, and added to it in red all the people who are in it now. With the added spouses and children, many of us have new titles like "aunt" and "uncle" and "grandparent." Showing all the items in the time capsule to my three children, none of whom existed when the thing was organized, was surreal. My mom and I set about explaining whom the various relatives were who had made contributions, but that my children only know from stories.

Along with some moving photos related to cottage history, there were some truly silly things in that time capsule, including Dr Zaius (because "the future"), an Arnold Klein Gallery pocket-knife key-chain (a truly weird promotional item for an art gallery), and whoever this musician is whose works include "Fee Fi Fo Funk." 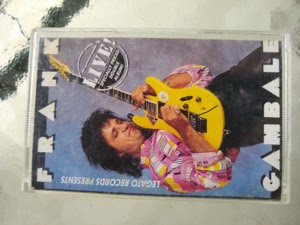 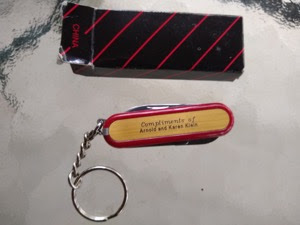 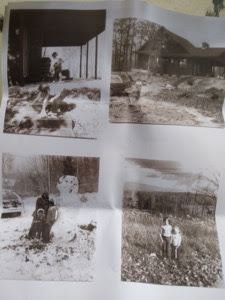 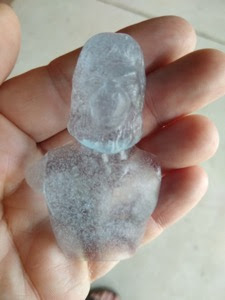 We're putting together a new time capsule, this one to be opened in 2040. I hope I'm around to see that. (I would be a year older than my grandfather was when he died.)

My children aren't sure what to add. I told them anything about who they are and what they are doing, however dull it seems today, will be fascinating to whoever gets to open it in the future. Their lives are going to change dramatically between now and then, and the possibility is good that at least one of them will have their own children with them should they be there to open the next time capsule. Their kids will be intrigued that Aden didn't get a high school graduation because of a pandemic, and that Quinn and Mona did school virtually.

I'm thinking we should put in a mask as a sign of our times. And one of my business cards to show we did succeed in opening a violin store. But the note I'm leaving is much longer than the one I put in the Y2K version. That one was a dashed off list of hopes. This one feels more like a letter to a different generation of family that I may or may not get to meet.

Who knows if the cottage will even be in the family by 2040? I hope so. If nothing else, I can at least say in this very strange year where nothing as gone the way any of us could have fully predicted, my grandma would have been pleased that at least her beloved cottage is still being enjoyed by people she cared about. That would have made her happy. And therefore it makes me happy.

Posted by Korinthia at 4:45 PM 1 comments