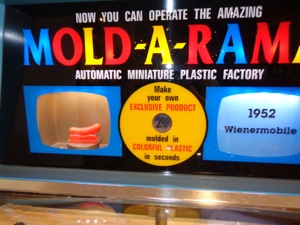 Detroit On My Mind

There is much to love about Detroit.  I was born there, but raised in a nearby suburb.  Most of us when we refer to being from Detroit really mean a suburb.  But Pleasant Ridge or Ferndale or Oak Park don't mean anything to the rest of the world.  Detroit does.

The truth is I barely know Detroit.  It's been a long time since I called Michigan home, and when I go back I'm a visitor now.  A visitor with a great deal of affection for the whole area, and I'm delighted to discover things there both old and new.  Detroit is many things, none of them simple.  The kind of sweeping generalizations many want to make leave too much out, and often the best parts.

The Puppies Are Coming Home!

My husband has been on vacation with the kids (our three plus our niece) at the cottage for the past week.  I've been home working since our trip to Detroit.

I have had only this crazy little face to come home to each night:

I'm looking forward to seeing these sweet little faces again:
When we picked out our dog from the pound we told the kids from Chipper's point of view our family was a pack.  The kids are the puppies, and he's protective of them.  (Sometimes too much so, but we're working on that.)  Chipper has stuck close to my heels all week, worried that I may disappear from our mysteriously dwindled-down family, too.  He wanders sadly into the kids' rooms each night looking for them before resigning himself with a sigh to his dog bed in my room.

We'll both be happy when the puppies get home.

The Amazing Milwaukee Race On Bikes 2!

This was the second year for The Amazing Milwaukee Race On Bikes.  My husband and I (team name: The Slow Spokes) biked it together both times, and this year was much more fun.  Last year was grueling, and we were proud simply to finish.  This year they worked out some of the bugs, shortened the courses to more manageable lengths, and there were no giant cloudbursts to contend with.

I was not optimistic going in.  Not that we ever train for such events, but normally I swim almost every day and I try to be active where I can, and the two weeks prior to the race were like an anti-training campaign.  If I were trying to hurt my chances of doing well in a 15 mile bike race, I couldn't have come up with a better routine than one of sitting in a nursing home with my dad and subsisting on Twizzlers, bagels, takeout, and pie.  I got little sleep, drove the whole day before to get into town to do the race, and didn't even know where my tire pump was until an hour before we left.  I did not like our chances.

So how did the anti-training campaign work out?

What a couple of weeks.  Lots of things to say, most of which I'm too tired to do much about tonight, so for now here's what I can tell you:

My dad fell again a few weeks back.  He broke his leg up near his hip and had to have surgery.  It's been a rough few years for my parents with my dad's health issues, but until this latest fall he was doing pretty well.  Now things have been kind of reset to where we were over a couple of years back, with my dad using a wheelchair and practicing with a walker, and my mom having to care for him in one room on the ground floor since the rest of the house is like a crazy obstacle course of stairs.

It's been hard.  It's hard on dad who's been scared and in pain, and hard on mom who feels trapped and overwhelmed, and hard on me and my brothers who struggle with how to help from a distance.

(Note: There are probably random spoilers in here.  Not that it should matter, honestly.  I don't often find learning plot points about most things ruins them.  Good stories are made in the way they are told, not usually in what they are about.  But fair warning here just the same because who knows what I might say?)

I watch a lot of "TV."  But what I'm calling "TV" my kids would call "Movies."  They call everything on a screen a Movie.  Except for things they watch on particular YouTube Channels, but even odd things here and there on YouTube they call Movies.  (If you have half an hour the clip in that link is very funny.)  I'm starting to wonder if we need new terms in general.  Maybe "Features" for what I think of as movies, and "Serial Dramas/Comedies" for what I think of as television.

I want to say the main difference between movies and television has to do with telling a single, contained story, versus drawing one out in parts, possibly over years.  But there are still exceptions there, because, you know, Star Wars.  And I remember seeing the movie Shoah over the course of two nights when it came out, because its total running length on screen was over nine hours, and there are entire British television series that can be viewed in less time.  There are movies that are essentially parts of a series, such as the Up documentaries (the first one of those I saw in a theater was 28 Up as a child and I look forward to the next installment every seven years).  Star Trek straddles both worlds but tells its best stories on TV in my opinion.  TV allows characters and ideas to develop in ways movies don't have patience for.

Belated Thoughts on Switch it Up

With rare exceptions, I am not a timely blogger.  There have been occasions where I've reacted quickly to a current event or topic but I've usually regretted it.  I'd rather think something through before committing myself to a "side."  I've been offered jobs to blog for sites that cover hot topics, but I can't.  Writing is a sideline for me at best, and I can't drop the things I'm supposed to be doing to quickly dash off a post during the small window when people want an opinion on the outrage of the moment.  Besides, I'm not interested in fueling any fires.  I'd rather find ways to put them out if possible.

So here are my thoughts on a local story that briefly went national many weeks ago, now that nobody remembers or cares.  Because gender issues interest me, I do have an opinion unlike any of the ones I heard at the time, and I do find myself still thinking about it.

The elementary school a few blocks from our house had something called Switch It Up Day during their version of a spirit week.  Lots of schools have special dress up days.  My kids' school did an 80s day at one point, and I think a backwards day.  The thing I remember most from those kinds of dress up days when I was in high school was that at the end of the week we were supposed to be decked out in the school colors, but Ferndale High's colors were brown and white and that was just boring.

Anyway, the nearby school was getting reactions from all over the country about what was being called "Gender Bender Day" on the news.  The girls could dress as boys and the boys could dress as girls.  Nobody had to do anything, of course, it was supposed to be voluntary and fun, but apparently one parent got bent out of shape over it, and suddenly everyone had an opinion on whether or not this was harmless or something to do with the decay of society and gender norms.

I wouldn't lodge a formal protest if I were a parent of someone at that school, because that's not the hill I want to die on, but I do object to the idea of Switch It Up Day.  And probably not for the reasons others might.