This isn't a real post.  This is me just needing a moment to vent.  I'm trying to find time to thoughtfully prepare some ideas and sort out some important issues, but I keep getting stuck and overwhelmed, so thoughtful will have to wait.

It's Not Just a Rental Instrument

I'm in Cleveland this week for a VSA (Violin Society of America) convention.  It's a competition year, so I brought my latest violin for judging, and it's always nice to spend time with others in the same business.  I've gotten to catch up with people I don't see often, and even made a few new friends and contacts.  I'm enjoying myself a great deal.

This year I also had the opportunity to give a talk!  It went well, although it was on the first day of the convention before some of the people I knew had arrived, and there are talks happening concurrently this year, so some people had to miss mine who wanted to go.

But it was a good talk and I got many good questions afterward.  The best part was to discover other people with shops like my own in different parts of the country; smaller shops where they care more about relationships and music than they do about profit and growth.  I was approached several times in the following days by people who liked what I had to say, and told me they run their businesses with the same philosophy.  They were pleased not to feel alone.

So here, if you are interested, is a slightly edited version of my talk.  The original had more than 60 slides and some graphs and I can't include most of them here, but trust me, they were awesome.  My regular readers may be bored by the more nuts and bolts descriptions of our business, but I wanted to include them for my colleagues who missed the talk.  (There are some things of more general interest if you skim past the contract stuff.)


IT'S NOT JUST A RENTAL INSTRUMENT 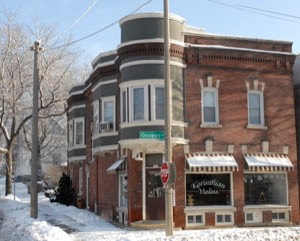 My name is Korinthia Klein and I run a small violin shop in Milwaukee WI.

I come at this business from many angles: as a player, a teacher, a parent, and a luthier.

I began playing violin in public school in Michigan, switched to viola in high school and majored in that instrument at the Ohio State University, and I still play today with a group called Festival City Symphony.    I got my diploma in lutherie from the New World School of Violin Making in the year 2000 and then worked for several years doing repair work at Classical Strings in downtown Milwaukee where I learned repair and setup. 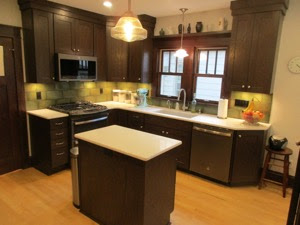 Like many, this presidential election has left me stunned.  I have apologized to my children for the behavior of the so-called adults involved.  All our children deserve better than what we have seen over the past year, and probably better than what's to come.

I have numerous thoughts about the many troubling aspects of recent politics, but most of them would just be rehashing observations everyone is all too familiar with.  Other people have written at length about the grotesque absurdities we've witnessed, so there's no need to restate them here.  What I would like to talk about are a couple of key points I think could use more consideration going forward, regardless of the results of this election.