End of an Army Era

The official retirement date on his orders is the 15th, but today was supposed to be his retirement ceremony. That bit of formal recognition of 21 years of military service was canceled by the current pandemic along with everything else. It was supposed to happen between 11:30 and 12:30 central time, as our handy online calendar notified us this morning.

There's A Duck On Your Head

Today was supposed to be my official book launch. I was all set to do a book reading/signing at Boswell Book Company--my favorite local bookstore. I was going to make cream puffs for it.

When I was offered a list of available dates by the bookstore, and April first was on it, that made the choice easy. I figured, first of all, April Fool's day was easier to remember then a random day in March. And second, if nobody showed, then the joke was on me. Turns out the joke was on all of us, and we nearly all get to stay home.

My dad loved April Fool's Day. Not in a mean prankster kind of way--my dad was anything but mean--but in a devious actor kind of way. I think he always wanted to play a villain in a movie--the clever, dastardly type. He liked the idea of being able to fool us as kids on this one day when he could test his lying ability without being judged negatively for it.

He was good at it, too. He once told us he'd had the car painted purple, and we knew it couldn't be true. It would be silly, and a waste of money, but he said it in such an offhand way as he continued reading the paper, that I did have to sneak off and take a peek through the window at the driveway. He grinned proudly to himself when I came back to the kitchen.

Every year we could at least count on him to tell us there was duck on our heads, or a pig in the sink. My kids do not like teasing of any kind, so April Fool's is not a thing in our house. I did tell my son there was a duck on his head this morning. He smiled. (I'm not as convincing as my dad was.)

In a parallel universe where all our plans did not get canceled, my book signing is still on. And the cream puffs are ready. And I'm still trying to decide exactly which section of my novel to read, and hoping I don't flub the words as I try to share them.

But in this universe, all I can tell you is if you want my book it's online. (Or available for curbside pickup from Boswell's since they have a whole box of them here in Milwaukee.) 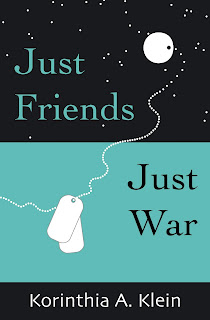 And, not to alarm you? But there's a duck on your head.