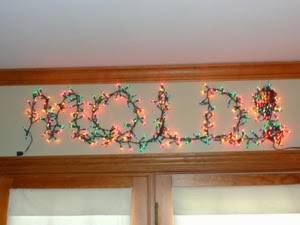 The Christmas holiday was incredibly busy around here.  We had lots of guests over a couple of weeks, all on the heels of birthday season and card making craziness.  I didn't really get much of a chance to write anything about it beyond the hunt for The Riddler and concert reviews, but there was sledding and three kinds of lasagna and homemade Indian food and lights that spelled out the word "Mold" everywhere (my brother was in charge of lights so don't ask me about it--I suggested we add more that spelled out "Mildew" and "Radon" just to make it even more festive but what do I know?) and a gigantic grey squash that turned into tiny muffins and campaign posters and telephone-pictionary and Scrabble.

Something I'd planned to post about and never got around to was my favorite gift this past year.  I finally buckled down and made a gift for Aden that I've had in mind for a while.

I make my kids' Halloween costumes every year.  My original thought, long ago, was to use the scraps from the costumes to make little toy versions of them each time and give them to the kids for their birthdays or Christmas.  That happened exactly once, when Aden was one year old, and I made her a stuffed bunny to match her bunny costume.  Then more kids, more costumes, more everything, but less free time.  So much for that idea.

But I liked that idea!  I never quite let it go.  And the thing is, Aden in particular is deeply sentimental.  She still has all of her old Halloween costumes in the closet.  I figured at this point having mini versions would give her something to hang onto that takes up less room, and maybe we can start discussing the possibility of passing those costumes along to other kids one day without it seeming as painful to her.

I dug through the sewing box and found fabric from all her past costumes, and hand stitched little versions of each stuffed with cotton balls.  I kept them kind of crude on purpose because they looked cuter.  I found blue beads to use for her eyes.  Then I got a simple box from a craft store and stained it and stuck all the little figures inside. 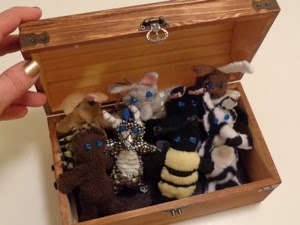 Aden loved it.  Actually, Aden cried when she opened it.  I joked that next time I would give her a present that made her happy, and she hugged me very hard and insisted it did.

Now, luckily for me, in eleven years Aden has been a kangaroo four times and a bat twice, so this wasn't quite as much work as it will be if I make Mona or Quinn such a box in a few years.  But it's still a good collection of little figures and I'm glad to have finally put it together.

I'm particularly pleased with the dragon: 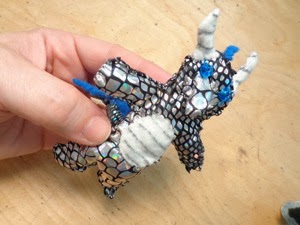 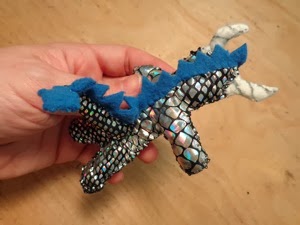 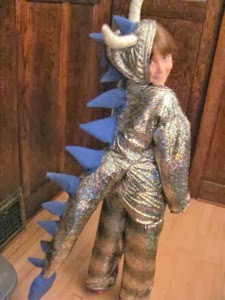 Mona liked the kangaroo.  (I feel quite practiced in the art of throwing together kangaroo costumes at this point.) 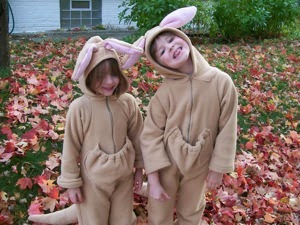 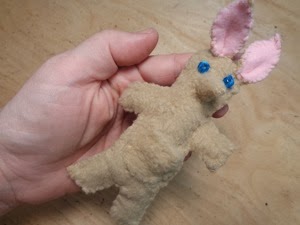 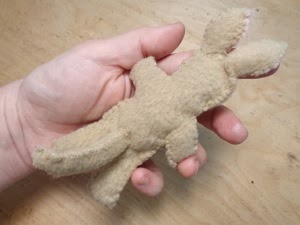 The porcupine came out cute, I thought. 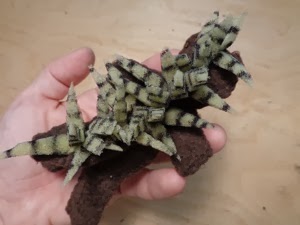 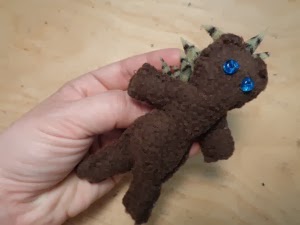 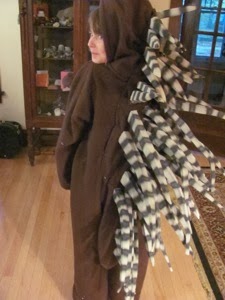 In 2009 Aden was a "Grey Horse Pet of the Month from Webkinz World."  (She was heavy into a Webkinz phase at the time and was very specific when people asked what she was.)  It was the first costume she asked to help with, and she painted on all the spots herself. 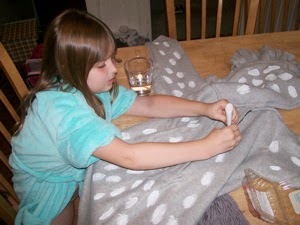 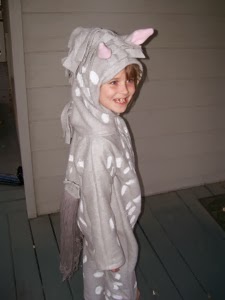 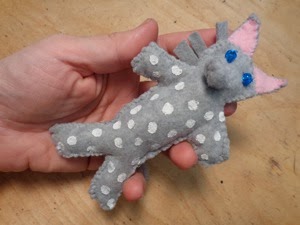 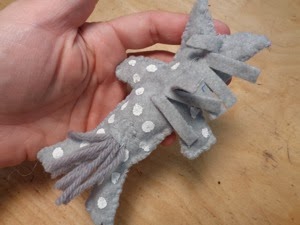 And there was the zebra from this past year.... 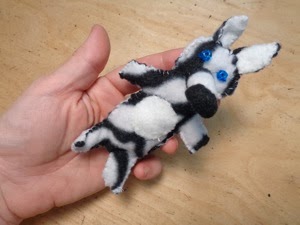 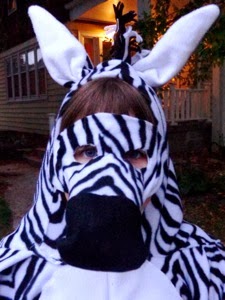 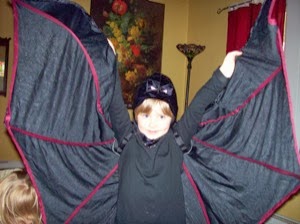 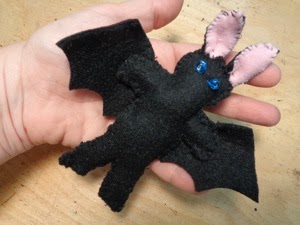 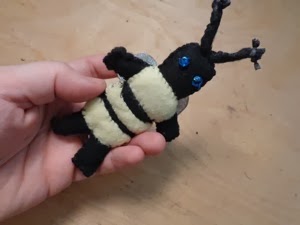 No digital pictures from when Aden was a bunny or a bee.  (Someday in the future in some miraculously acquired Free Time I will go on a scanning binge.) 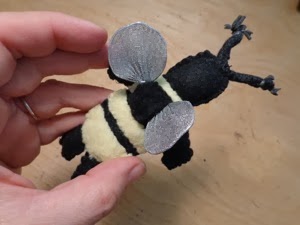 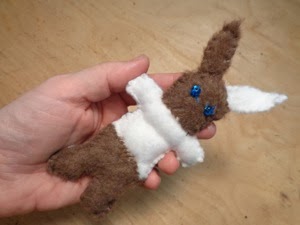 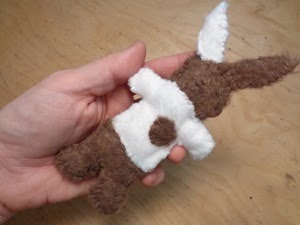 Aden didn't have a favorite.  She liked everything.

I'm glad I finally got around to this project.  There are so many other things I wish I had the time to try as well, but this was something that kept nagging at the back of my mind, and I'm glad I finally made it happen.  Aden's reaction alone when she opened it for the first time made it worth any effort.  And she's the kind of person who will not only appreciate a box of memories, but will store away such ideas for others in the future.  I love that girl (bunny/bee/kangaroo/bat/horse/dragon/porcupine/zebra).

Posted by Korinthia at 6:00 AM