Mona has successfully turned 11.  To celebrate we created a Bug Cake. 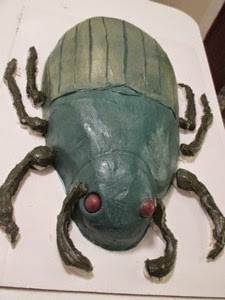 For her party this year Mona asked her friends to bring cereal to donate to the food pantry instead of presents, which was an idea introduced to us recently by a friend and my kids were excited by it.  Mona also wanted to do something for her party that was new to her, so we ended up at a place with Laser Tag and Go Kart Racing, and that seems to have been a hit.  The other big hit was her bug cake.  When she requested a bug for a cake design she told me I could choose the bug, but nothing dainty looking like a butterfly.

I had a window of a few hours in which to put together the cake the day before the party between a dress rehearsal and a concert, so Mona made the actual cakes for me while I was out.  We went with half white and half chocolate because one of her friends does not like chocolate. 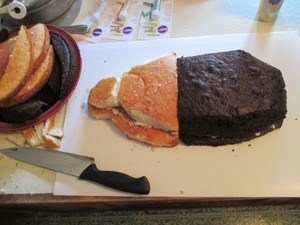 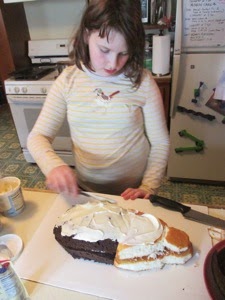 After I cut and assembled the basic cake Mona did the dirty icing (or crumb coat) step and we put the cake into the freezer for a little bit while she worked on sculpting the legs and antennae out of fondant. 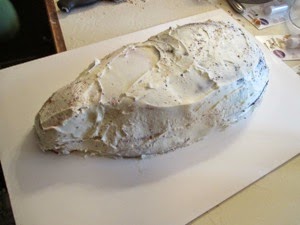 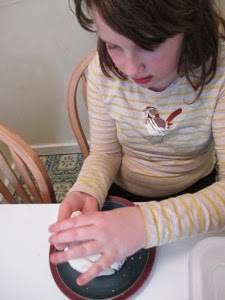 I mixed up some green icing (using some of the sparkly blue icing left over from Quinn's peacock cake), put that on, then smoothed it all out using a little water on my knife. 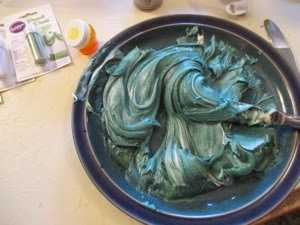 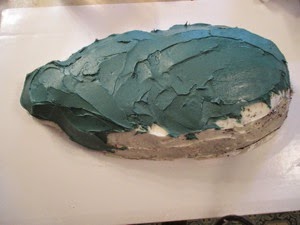 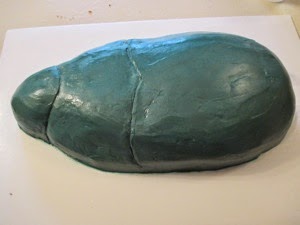 We were going essentially for a Japanese beetle, so we used edible gold spray paint on the abdomen.  Mona found some Whoppers in her Halloween candy to use as eyes. 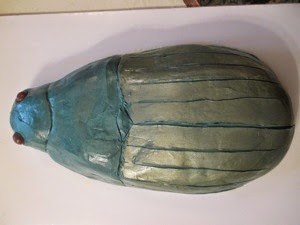 Lastly Mona put on the legs and antennae and then we frosted those brown. 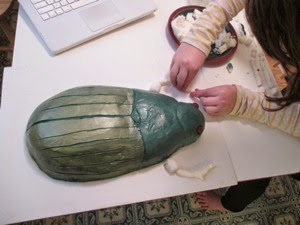 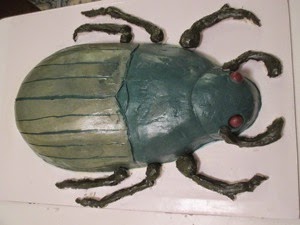 I think it came out pretty well!  Mona was happy and the whole thing got eaten quickly, so I will chalk this one up in the success column.  (And did I mention my baby is 11?  How can she already be 11?) 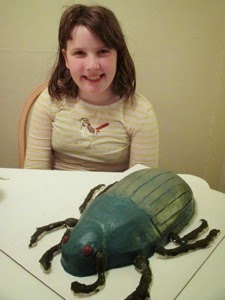