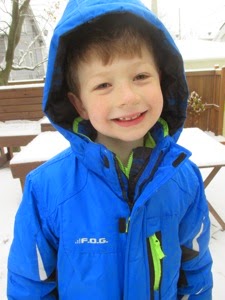 I've been thinking about the difference between Quinn turning eight compared to when Aden turned eight.

Aden was my first baby.  In some ways she'll always be a baby to me.  But as the oldest she's always ahead, and always the first to arrive at certain milestones.  It was with Aden that we had to learn how to let her form her own life outside of us at school, and to walk to the store alone, and to take on new and more complex responsibilities.  Next to her siblings her most notable feature is always that she is older.


So when Aden turned eight she seemed old to me.  She was the oldest kid I'd ever had at that point and eight was shockingly grown up all of a sudden.  (I'm not even sure how to describe how she seems at almost thirteen, standing eye to eye with me and able to borrow my clothes and look better in them than I do.  And looking back at her on the day she turned eight I wonder how I ever thought she looked big at all.)

Quinn, however, was my last baby, and not responsible for trailblazing in the milestone department.  He never expects to be the first at doing anything because it looks like it's all been done.  He's content to follow in his sisters' footsteps most of the time.  He's always the littlest.  So at eight, Quinn still seems really young to me.  He's still my baby in a way that Aden was not at eight. 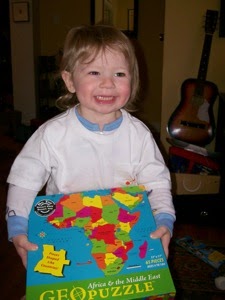 All that said, I must acknowledge that Quinn is definitely no baby.  In some ways he never was, able to identify all the countries of Africa and Asia at age two, speaking very early in careful and complete sentences, generally reserved and polite.  But I like that he still wants to curl up in my lap as small as he can, even though he barely fits there anymore.  I like that he'll still go with me anywhere.

Quinn always liked the story that on his first birthday we needed to make a run to IKEA for something.  He thinks of that as his birthday place.  We went there last year on his birthday, too.

Last year we also went to the Willis Tower to pick up some Mold-A-Ramas for our collection, and the day took a traumatic turn.  Quinn decided this year should be a sort of do-over. 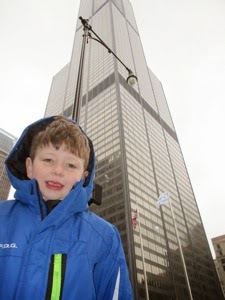 So we bundled up for the cold weather, headed for Chicago, and went first to the Willis Tower to get their new mold.  They recently switched out the standing Lincoln for this skyline mold.  We didn't go all the way up to the Skydeck again because that takes forever and is expensive, but to simply get Mold-A-Ramas you go through the line as far as the security check, and then you can cut through straight to the gift shop. 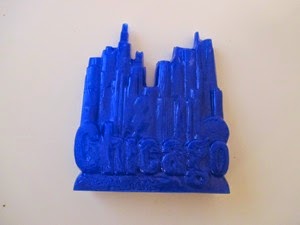 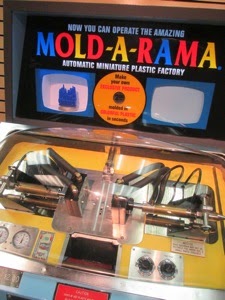 After the Willis Tower we went to the Lincoln Park Zoo.  It's a pretty place, made extra pretty that day by large snowflakes falling slowly.  We met some friends there to wander with us for a while and that was great, but Quinn's main goal was to get his own piggy bank Mold-A-Rama from the farm area.  He really regretted not getting one of those for his personal collection last time we were there, so it seemed like a good birthday trip. 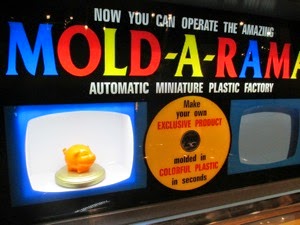 I think my favorite thing we stumbled across at the Lincoln Park Zoo this time was this cool drinking fountain.  (The real animals were amazing too, though!  And we always like squirrels.) 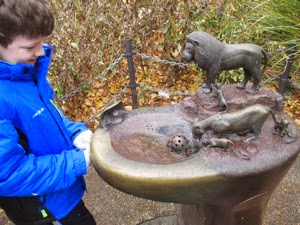 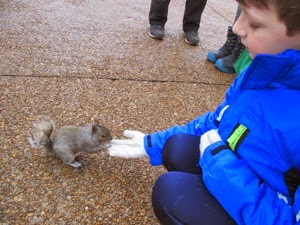 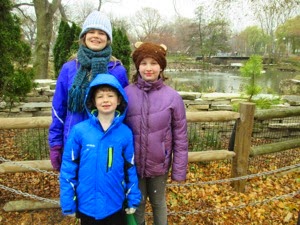 After bidding our friends goodbye at the zoo we went to IKEA.  We ate lunch/dinner (they actually make a really good smoked salmon) then found a new bookcase for Quinn.  Ian's mother got the kids a subscription to National Geographic, and they are piling up, so I told Quinn if he had a taller bookcase we could have a whole shelf just for collecting those and he loved the idea.  (Don't know when we'll have time to put that together, but the box has been fun to look at in the hallway ever since.)

We then explored possibilities for a different couch for our family room.  We needed something that pulls out into a bed, but the one we have doesn't work for us anymore for movie nights now that the kids are so big.  We have to leave it pulled out as a bed all the time for five of us to fit together, and it just looks weird to me.  IKEA had three possible couch things that would be better.  One I liked a lot, and would be what I would get if I weren't convinced the kids would stain and destroy it.  Another was simpler and came in good colors and the kids liked it best, but again, they would stain and destroy it.  So we're going with the third thing which is just like the second thing, but in a black fake leather that should hold up to spills and crumbs and the dog, etc.  Ian said in ten years we'll need to shop again anyway and I can get whatever I actually like then.  I'm not usually a fan of planned obsolescence, but I suppose that's something to look forward to. 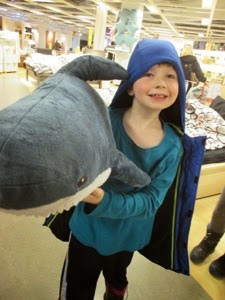 The kids were really good about wandering around IKEA in circles as their dad and I kept pondering what would work in our house and how we might plan to get it home in the future.  They are patient, and they liked pretending to live in the different displays.  We told Quinn he could pick out a stuffed toy for a present, and he chose a big shark which made him happy.

On the drive home I read to the kids from "My Family and Other Animals" (which is not quite Harry Potter but entertaining nonetheless and made the trip to and from Chicago feel much shorter).

A really good day, with time enough when we got home to enjoy peacock cake, and for me to bake gluten free zucchini apple muffins for Quinn to take to his class the next morning. 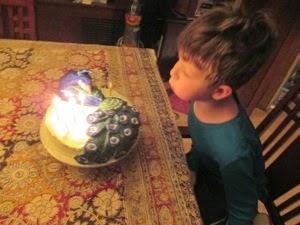 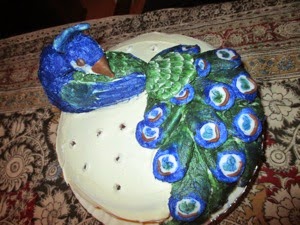 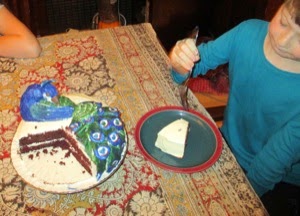 He also woke up to a couple of presents on his actual birthday day.  He got a Swiss Army knife with his name on it from Ian's mom, which is really cool. 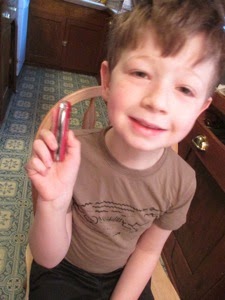 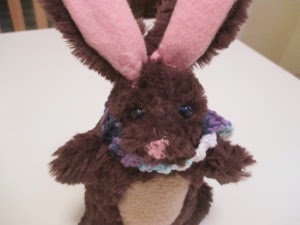 And I made him a bunny to replace the lost Hopster.  I had him pick out furry fabric when we were shopping for Halloween costume material, and he got to decide all the details, such as having it stand  upright and giving it blue beads for eyes.  Since he watched it being made I decided the night before to make a tiny scarf for it so some element would still be a surprise.  (I used the same yarn from when I made his own scarf a couple of years ago so they could match.)

So Quinn's birthday was good for the Mold-A-Rama collection and good for the family.  He was happy with everything.  He usually is.

I can't believe my baby is eight. 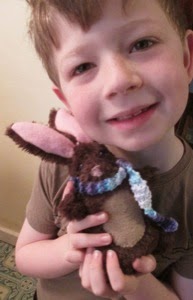