Bike Trip to the Fabric Store

It seemed like a good idea.  It really did. 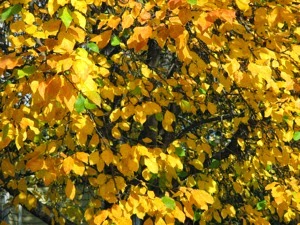 But before I get into that story I feel the need to share some pictures of leaves because this Fall has been particularly beautiful.  (These are from right outside my front door and from the park nearby.  Don't let anyone ever tell you Milwaukee's not beautiful.) 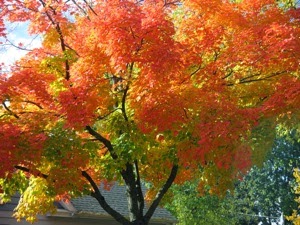 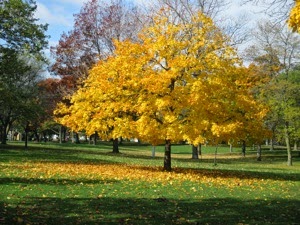 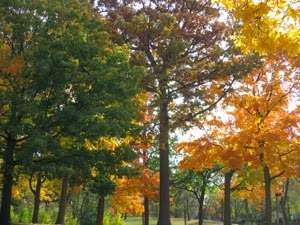 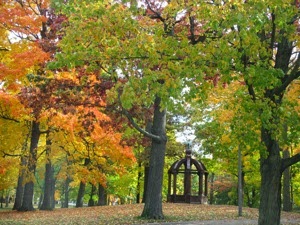 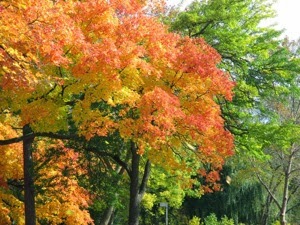 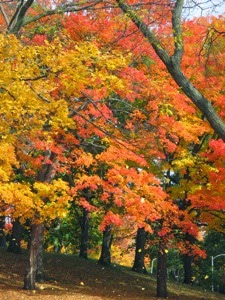 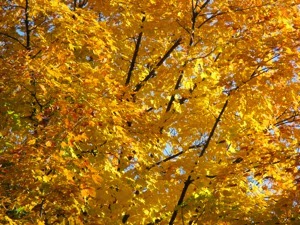 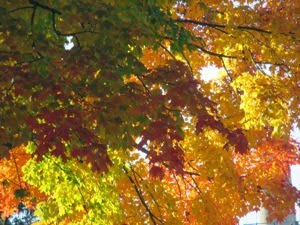 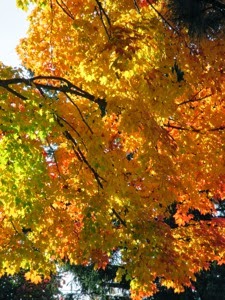 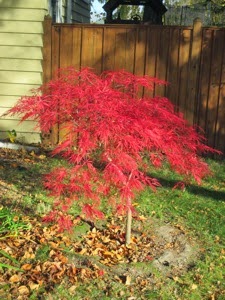 Fall is my favorite season.  I like the slant of the sunlight and the colors and wearing a jacket.

And I like that sometimes there are perfect weekends where the temperature is pleasant and there is nothing on the agenda and you can do something spontaneous and fun as a family!  Yeah!  Sure.

A few weeks ago in mid-October we had a rare, wide-open Sunday.  The only thing I kind of needed to do was go to the fabric store and pick up a zipper for Mona's Halloween costume.  The nearest fabric store is down by the Y, almost six miles from our house.  I figured we could stop there on the way back from a typical family trip to the pool.

The kids had had kind of a lazy weekend and I thought we should all get up and move around.  I told them we could either go swimming, or we could do a family bike ride along the lake to the fabric store.  We put it to a vote and I was the tie-breaker.  I decided there weren't going to be that many pretty days left this year, a break from swimming sounded nice, and a bike ride seemed like a good way to use a nice Fall day.  (Doesn't it sound good?) 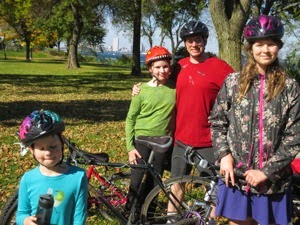 After some mixed reactions of enthusiasm and grumbling we filled water bottles, pumped up tires, strapped on helmets, and hit the road.

I love to bike.  I went on a couple of nice rides with my friend Robyn's group the Bella Donnas this summer and really enjoyed it.  I'm not happy going uphill and my poor bike is in desperate need of a tune up, but I have good endurance.  Mona has good endurance, too.  Aden and Quinn are poky.

So we started off with Ian in the lead, Mona and Aden behind him, and me at the back following little Quinn.  The weather was a little cool, but good for being active.  The sun was out, and the lake was beautiful. 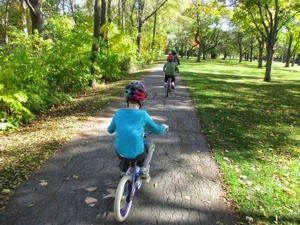 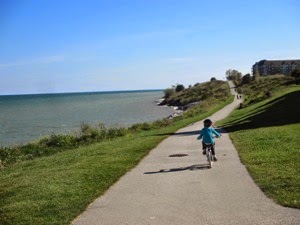 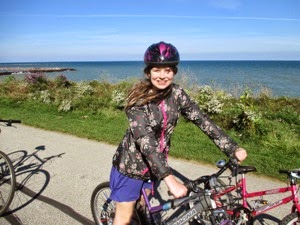 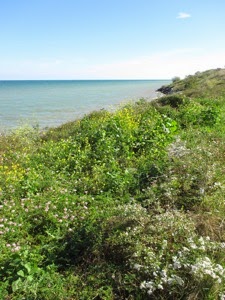 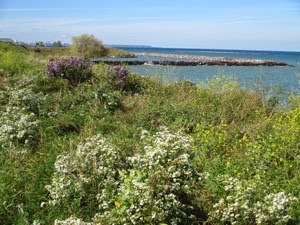 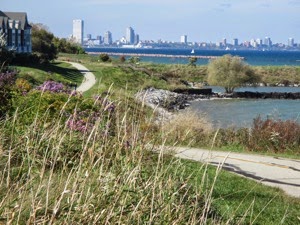 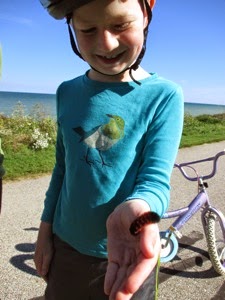 At one point along the path we discovered dozens and dozens of wooly bear caterpillars!  My kids stopped to usher as many across the path to safety as they could before Ian and I decided it was time to get moving again. 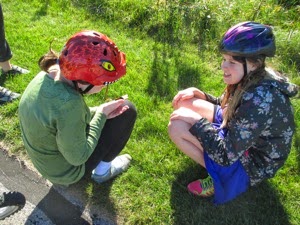 We took breaks, we drank water, we headed away from the lake and the park and in toward civilization in the hopes of finding a place to stop and eat lunch.  There was really nothing along the stretch of where we were other than bars with people in them watching a football game.  So we plodded on until Quinn fell apart.

Mona and I dashed ahead to see if we could find anything, but in that last half mile or so there really wasn't a good place to stop.  We did make it to the fabric store, and next door to that was an odd family restaurant.  We went in and bought our zipper and by the time we came out Ian, Aden, and unhappy Quinn were locking their bikes up next to ours.

Ian reported that there was really not much to be done with Quinn but to tell him to just keep going, so Quinn led the way, tears streaming down his face, and wailing like a siren the whole time.  He said people came out of the bars looking perplexed at the odd procession.

But once in the restaurant all was fine.  Ian biked home and brought back the minivan in the time it took us to order and get our food.  I entertained the kids with a game of, "What did mom bring in her backpack?" and let them see how well they knew me by guessing what I thought to bring on our bike ride.  (Mona did best by guessing not only band aids, but spare pants!  Ding ding ding!  That girl knows her over-prepared mom.)  Everyone was happier after food.

Then Ian loaded the kids and their bikes into the van and I biked home with the kids waving to me from the back window the whole time.  The ride to the fabric store took almost two hours.  The ride back was a little over twenty minutes.  I did the bike back because as hard as the ordeal was on little Quinn, I felt I hadn't gotten any exercise at all on the way out, and it was nice to move.

I asked Quinn if he'd be willing to try a ride like that again sometime, and he said he would, just not quite so far.  I keep reminding him of the wooly bears in the hopes of displacing the more unpleasant memories in favor of better ones.  But we don't get to choose how our children will remember all we try to do, so I'll just have to wait and see if our bike trip to the fabric store is a dark story in his memoir one day, something good in retrospect, or if he remembers it at all.

And of course we got home to discover I already had a zipper.