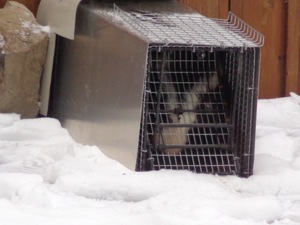 Ha!  The skunk under the house kept bypassing all the traps around its hole and sneaking out under the fence.  So the trapper put a new trap on the outside of the fence and this morning: Success!  I hope she enjoys her new home far, far away.

Next step is to determine if there are any more living in that den, and if not, fill it up and make it uninhabitable to future skunks.

The smell is almost gone from the house.  We had to shut off the furnace and open all the windows which meant for some time we had to put up with both stink and cold.  The kids built a warming hut on their snow day to protect themselves from both.
Cooking bacon helped a little (if not for the smell at least for the joy of having bacon) and a Febreze candle improved the living room.  (Although the amount of time it took in Target for the kids and I to all agree on which candle to choose made me wonder if it was worth it.)

Anyway, fingers crossed that I will have no reason to ever post about skunks again.  Except the kind that play board games with soldiers. 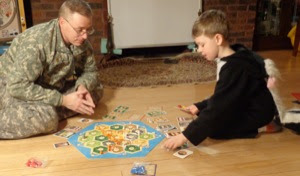 And now, for no other reason except that I don't know when I would have a chance to post these, a couple of snow day pictures.  Our park on the drive to work: 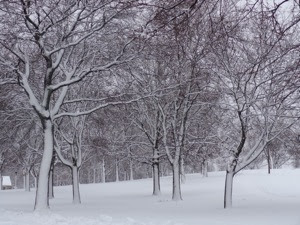 And Steve the Snowman that Aden and Mona built on their day home: 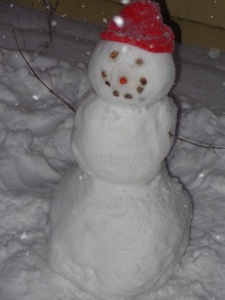 Happy March!
Posted by Korinthia at 10:52 AM