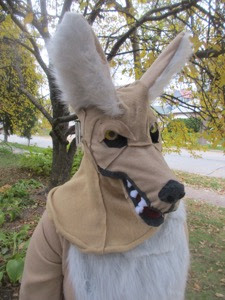 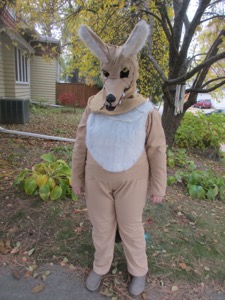 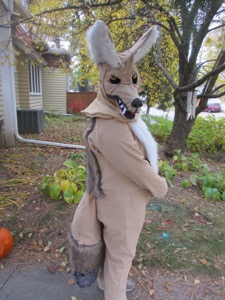 Mona does her own costumes.  She has for the past few years starting with her head for her tapejara, then she did most of her griffin, then the scorpion was all her, as was last year's ostrich.  This year she decided she wanted to be a jackal, and I got to help with bits of tailoring, but it's fair to say this outfit is again all Mona.

The head in particular is genius.  She started that months in advance, and the jaw somehow hooks onto her jaw so the mouth opens and closes with her own.  The dark spaces that accent her glass eyes (that she also made herself) are actually a mesh that she can see out of.  She used the same mesh at the back of the mouth so she can breathe easily. 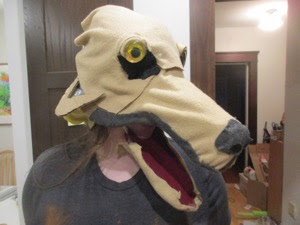 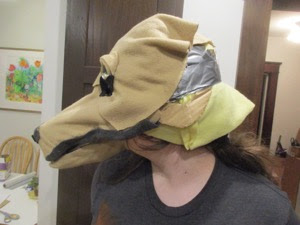 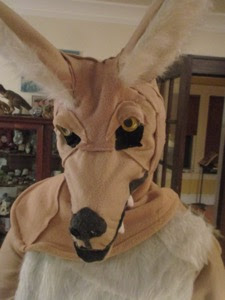 She originally had a different idea for a costume that was a creature of her own design.  She worked out the kinks in the head on that one.  Here you can see how she built it out of foam and duct tape and then covered it with fabric. 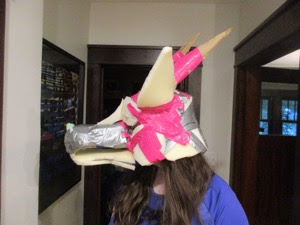 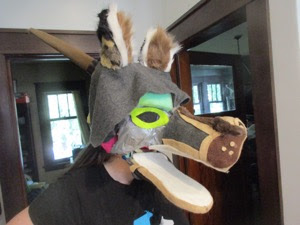 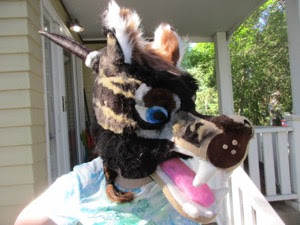 It was pretty cool.  I kept telling her it would be a good fallback costume if she got crunched for time, but Mona makes the time to do the crafts that interest her.  The only thing that didn't work out was her original hopes to make digitigrade legs that look more like real dog legs, but that involved the construction of small stilts and things she would have needed more help with than I could make time for right now.  Soon.  We will get there. 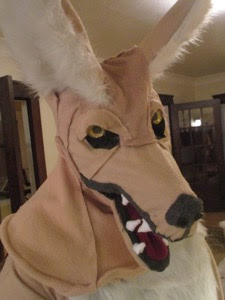 The jackal's zipper is hidden under the fuzzy chest piece which is a flap that opens with Velcro.  The teeth are fabric.

Our living room has been a mess for a very long time but its worth it when your kid can come up with something this good out of it. 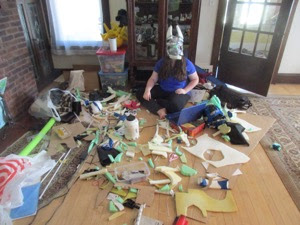 I'm not sure what more to say about Mona's jackal costume, other than both it, and she, are amazing. 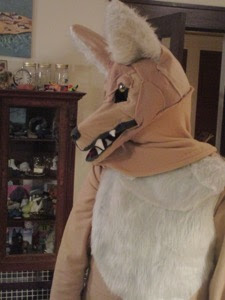 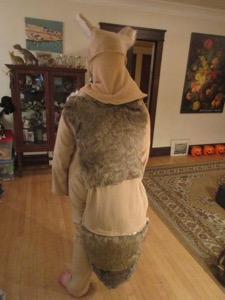 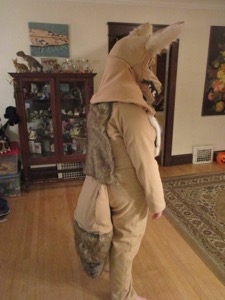 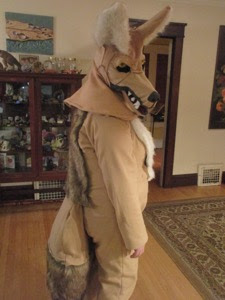 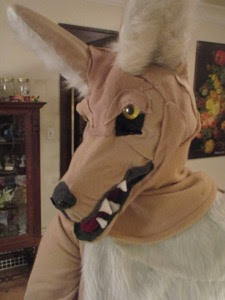 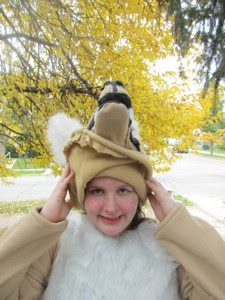 Posted by Korinthia at 9:55 PM