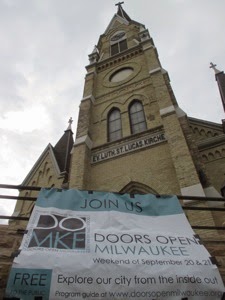 This past weekend was the return of Doors Open Milwaukee.  We weren't able to venture outside our own neighborhood for it this year, but it was still fun.  Although the day got off to a rocky start.

Ian has been out of town for a week doing Army things.  I'm surprised how much the stress of that can still get to me.  I think of myself as a fairly calm parent, not prone to fits very often.  But a lot of my ability to be that way has to do with sharing the burden and having someone to laugh with and getting a break.  Remove the other parent from the equation and my mind becomes a constant scramble of responsibilities, always sure I'm forgetting something, and I become far less patient.

The weekdays with Ian gone have been complicated.  Last Thursday in particular was impressively tricky where I had to work, I arranged for the kids to walk themselves to the violin store after school rather than be picked up, I would feed them there, we'd head to the school for the open house right after work, then go straight from there to the Y for Mona's swim team practice.  Sure the dog wasn't getting walked until pretty late in this scenario, but it was the best I could do.

Then I got the reminder call that all the kids had dentist appointments.  Ha.  Thankfully my assistant agreed to come in with her two-year-old and mind the store a bit for a couple of hours, so the new plan became: Kids walk to the store, eat, we drive home to walk the dog and brush teeth, dentist, school open house, swim team.  That was the tightest day, but all the days have felt like that lately. 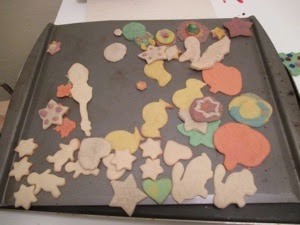 On Saturday I had to work and the kids stayed home and baked cookies.  They made beautiful and interesting cookies, and I'm glad they had fun, but I had to nag them about the mess.  I told them I never mind them doing a project, but it was unfair for them to leave a mess for me when there is already too much for me to do already.  They still hadn't gotten to it by bedtime so I left it for the morning. 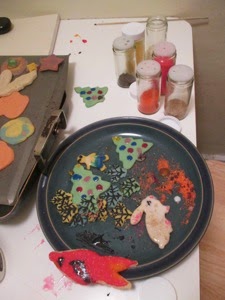 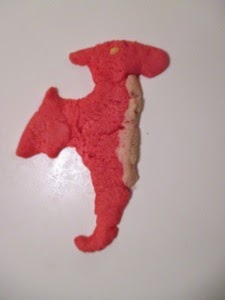 Because of work we couldn't do any Doors Open Milwaukee activities on Saturday, and because of Quinn's rescheduled piano lesson anything we were going to do on Sunday was going to have to happen pretty early and close to home.  I requested they please finish cleaning up the last of the cookie mess while I ran out to the Y so we could head on out right after.  They didn't.

Now, my kids are kind and want to be conscientious.  Mona's good about being helpful and doing what she's asked when she's asked.  Her siblings not so much (and Mona gets distracted by them sometimes and that derails her good intentions).  Aden in particular just doesn't seem to know how to make herself do the things she knows she's supposed to do, and it frustrates her.  She's got early onset teenage brain, so I get it, but it's still annoying.

Anyway, I ended up doing the kitchen myself because I wanted it done more than I wanted to create a teaching moment.  There will always be more opportunities to stand over them and make them clean.  But as we were leaving the house I pointed out to Aden what she'd neglected to do.  She looked genuinely ashamed.

I was tired, I was annoyed, and I wanted to yell at her to drive the point home.  I told Aden that I wanted to yell, but I wasn't going to because that always makes me feel terrible.  Instead I burst into tears.  All that emotion had to come out some way, and apparently that was my body's plan B.

It was interesting because it probably made more of an impression than yelling would have.  I was sobbing while trying to explain how having her create extra work for me felt not just inconsiderate but mean.  That love is about action more than words and that she needed to do better.  Then I wiped away my tears and said we needed to just start over, and we headed out for our mini Doors Open Milwaukee tour.

The first place we went (which I didn't think to take any pictures of) was the Milwaukee Makerspace.  We've been meaning to join for some time, and now with all the ways we could use it to work on our Mold-A-Rama machine we will likely do it soon.  The Milwaukee Makerspace is a club for people who like to build things, housed in a building full of tools and supplies.  For $40 a month we'd have 24/7 access to all kinds of metal working machines, lathes, bandsaws, pottery making equipment, 3D printers, sewing machines, a laser cutter, etc etc etc.  Technically it's only for people 18 and older, but we could bring the kids in if they are well behaved and they don't touch the machines.  If they want to design something on their computer for the 3D printer or the laser cutter, they could, we'd just have to run the actual machines for them.  Anyway, the kids were enthralled with all of it, and I have lots of ideas. 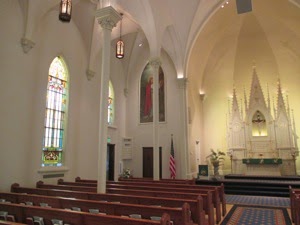 Next we took a peek inside St Luke's, which is a church in the middle of Bay View that I've never been in before.  It was lovely.  Pretty stained glass, bright and airy, and snacks for visitors!  Always nice to get to know a place better that you pass often. 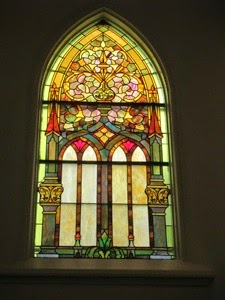 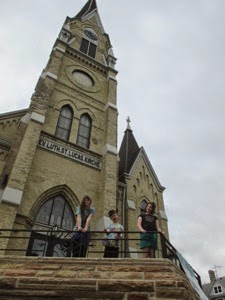 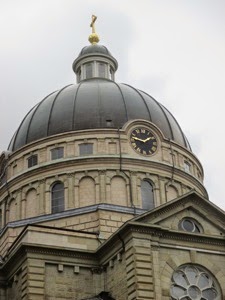 Then we paid a visit to the Basilica of St Josaphat.  I've gotten to perform in there a couple of times, and it was even a stop on the Amazing Milwaukee Race once, but my kids had never been inside the main building.  It's a stunning place, and they were appropriately awestruck. 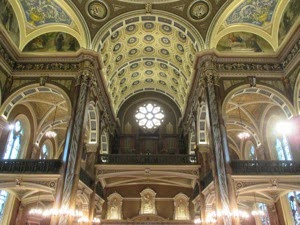 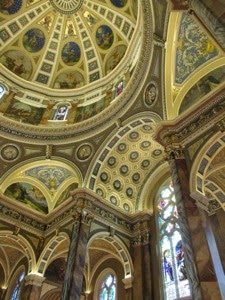 Afterward we went to the grocery store, I took Quinn to his piano lesson, and although I had intended to start working on Halloween costumes, I'm not sure what we did with the rest of the day.  I know at some point I made everyone take showers and I got Quinn to clean up a swath of his room, but it's odd how time can get away from you and you don't remember much of it.

Boy I can't wait for Ian to get home.  He's not going to understand why all the laundry he did a week ago is still just sitting in the basket, but hey, we're all still alive and the house is still standing so I did fine!  And I only yelled at the garbage can and not at any children, so I'm calling that a win.
Posted by Korinthia at 12:04 AM