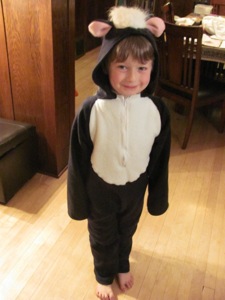 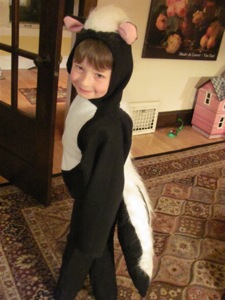 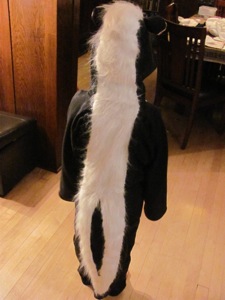 
This was much quicker than last year's thirteen-lined-ground-squirrel: 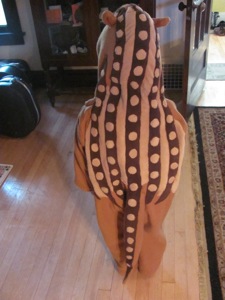 (A friend told me the other day that they were actually able to identify a thirteen-lined-ground-squirrel in the wild this summer based on their recollection of Quinn's costume, so that made me feel pretty good, above and beyond the fact that my kid liked it.)
And way way way less complicated to figure out than the bluejay the year before: 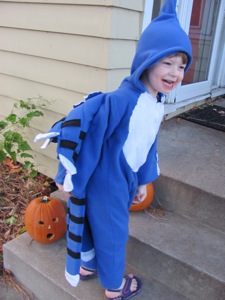 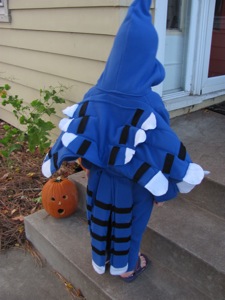 That bluejay costume was my favorite.  And he still wears it, even though the bottoms of the legs are at his knees now.  My kids wear their costumes over and over all year long, so it's worth the effort to make them.  Plus it's the only sewing I ever really do, and it's fun.