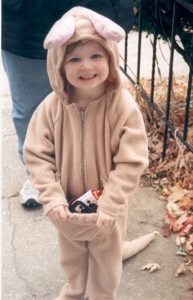 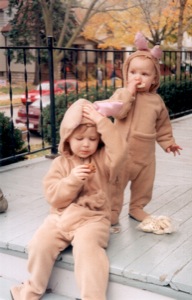 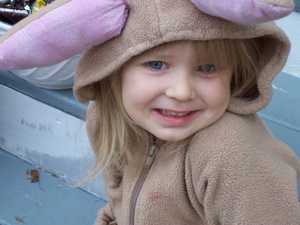 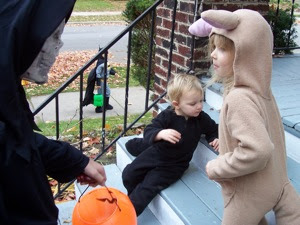 
Here she is on Halloween as a kangaroo staring down death while Mona goes to find him some candy.
Then Aden had a couple of years being a bat, but in 2008 they all wanted to be kangaroos and all three of those costumes were new: 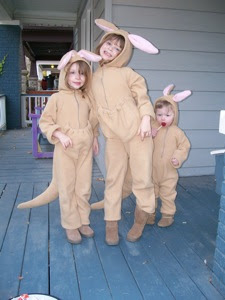 So this year's is I think my sixth?  Seventh?  I feel like 'kangaroo costume maker' should be in my official bio somewhere, or on my tombstone one day.

Aden has also been a dragon and a porcupine, 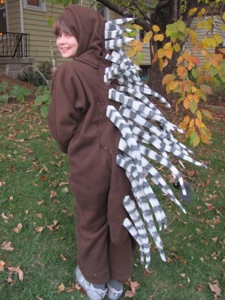 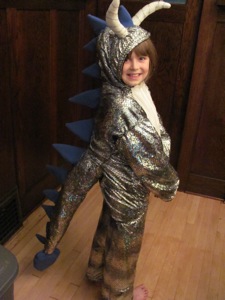 so she's not as lacking in variety as I was as a kid when I was pretty much a mouse every year, but when she looks back at her childhood one day (with what I hope are fond memories) she will most likely associate Halloween with being dressed as a kangaroo.  The 2012 version is still in pieces on the dining room table, however it should pretty much turn out like the past kangaroo costumes but big enough for a ten year old.
(Can she really be ten?  I can't believe how much she looks like Quinn here.  And I can't believe Quinn is about twice the age now that Aden was in this picture.  If only I knew how to make costumes that could somehow keep them from growing up so fast.)

Posted by Korinthia at 8:57 AM