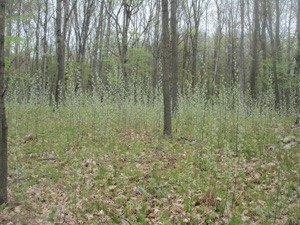 I've been making a point this year of pinning people down for commitments to actual face to face time.

I don't take for granted that I have remarkable friends whom I only know through social media and would not know otherwise. I value those friendships and relationships. They matter.

However, there is nothing quite like real time with old friends and new, where you can share a bite to eat and catch up and laugh. That is life sustaining.


In the past few months I've had several breakfasts with people I really like that I never really see, and it makes me so happy I can't even tell you. I'm not sure why I haven't made more of an effort before, other than I'm busy to the point of feeling like I'm drowning sometimes, but the meet ups are more important than any of that and worth skipping out on some exercise or some sleep.

The best meet up ever was going to the cottage with my high school friends. We've been talking about doing that forever, and we finally made it happen the weekend after Mother's Day. If I'm lucky, once a year I go out to dinner with these three friends back in the Detroit area when I'm out there for a family event. Some years I'm not that lucky. Which is an absolute shame because meeting with these three friends? Is like nothing else. I can share with them honestly things I can't say to almost anyone else. They'll love me no matter what. They'll understand in a way that only comes of knowing each other a long time and having the same sense of humor.

I got to the cottage a couple of days early to open it up, and I'm glad I did because there were a couple of burst pipes in the basement, and I had to track down a plumber in the north woods after hours. Thankfully the nicest plumber in the world happened to lived down the dirt road, and he showed up the next morning promptly at 8 and fixed all of it in under an hour and affordably (including a toilet repair that required a run to the hardware store).

My mom came out the first night and made me a delicious breakfast and lunch the next day before she had to head home. We found just enough time to visit a farm and picked up flowers, and my mom planted begonias in the little garden by the front porch the way my grandma always did. (It was one of the few things the deer never seemed to eat.)

My best friend showed up a night early and we got to catch up, just the two of us, and take a good walk. My other two friends showed up together the next day. 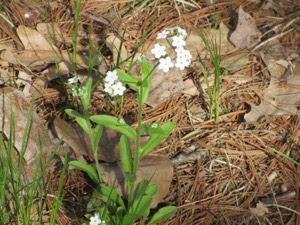 We played board games (I got to teach them two of our current family favorites: Concept and Code Names), we walked by the lake, we went out for a nice dinner we didn't have to cook ourselves. We played Cards Against Humanity well into the night and had to stop because our throats hurt from laughing so much. I'm trying to remember the last time I laughed that hard. It's been too long.

Anyway, the part of my amazingly fun weekend that keeps coming back to me (besides one or two completely hilarious and inappropriate phrases from the card game) was the cleanup. I don't think I've ever been in a situation where it was just a group of moms left at the end of an event. It was almost magical, because every single one of us is used to being the one to simply take charge and get things done and in order, and I didn't have to ask anyone to do anything. I was fully prepared to send them off onto the road and spend a few hours alone washing sheets and wiping things down, but no! It was like all my fantasies of my kids doing things around the house without being reminded, which never happens.

One friend asked for bleach and simply took it upon herself to thoroughly clean a whole bathroom. Another started running the vacuum cleaner. The third took care of the kitchen. We were done in no time and I got to leave when everyone else did. It's absurd how happy that made me. My friends know exactly how much that kind of gesture matters. I love them. 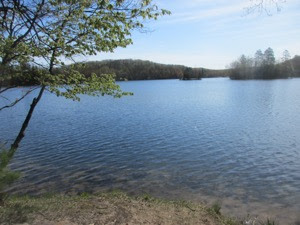 I am so looking forward to our next cottage weekend! There is nothing quite like laughing to the point of pain. At the very least that needs to be an annual thing. I intend to make that happen.

There's never a good time to be able to get away for weekends like that, but at a certain point in life there's no good time for anything. It's like waiting for the perfect time to have a child--there isn't one, you just take a leap and do your best. By comparison this is a snap.

Frankly, there is nobody able to make something happen quite like a busy mom. We just have to give ourselves permission to focus on our own happiness for at least a weekend. We can do that. We've earned it. 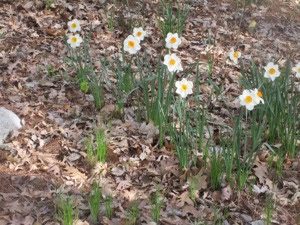