On the way back to Milwaukee at the end of our Spring Break Road Trip we decided to stop a couple of places in Chicago to add two more Mold-A-Ramas to our collection.  They were both places we already had Mold-A-Ramas from, but new figures we didn't have. 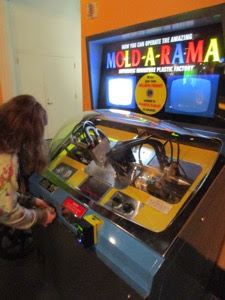 The first stop was MOSI (the science museum in Chicago).  We had a reciprocal membership to our science museum that was still good so Ian pulled up out front and Quinn and I popped in together and were back out in about ten minutes.  They've added a new machine to the building, not just switched out one of the molds for a new figure.  They now make a pair of chicks hatching out of eggs to go by the live chicks in the genetics display. 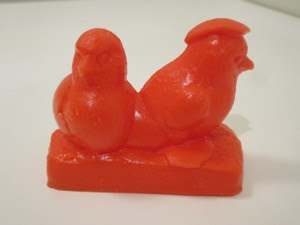 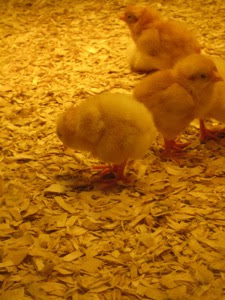 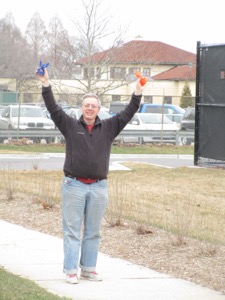 After our stop at MOSI we swung by the Brookfield Zoo, which remains the best source of ever changing Mold-A-Ramas and the place we have the most figures from.  Our membership had expired, but Ian can get in free with his military ID, so we waited in the car on a side street while he ran in and got us a cockatoo that we didn't have.  (And also a macaw that he wasn't sure if we had just to be safe.) 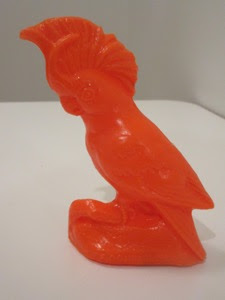 This brought our haul for the road trip to 11, and our total for the collection to 182.  (Or 182.1 as Quinn likes to call it, because we have that extra piece from Miami.)

What's left to find?  After posting about Third Man Records in Nashville a friend contacted me to say there is a "Wax-O-Matic" at their location in Detroit, too, of a different figure.  So we need to head there next time we're visiting.

And apparently the Oklahoma City Zoo, which once had machines, now has machines again but run through the Mold-A-Matic company.  This would have been handy to know BEFORE driving all the way to San Antonio because that could have been a logical stop along the way, but oh well.  We know now.

We'd like to get the new and improved molds from the Knoxville Zoo one day.

Then there's this crazy place that we can't figure out how to get into.  (We tried when we passed through Georgia and it was still a microcar museum, but no luck.)

We've also never managed to get into the Volo Auto Museum, but it's not that far away so maybe we'll figure it out this summer finally.

Beyond that I don't know what other Mold-A-Rama machines are out there.  If anyone knows of any outlier machines we may not have heard of let us know!  It would be fun to add them to our (rapidly shrinking) list.

Posted by Korinthia at 9:45 AM