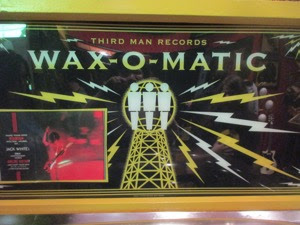 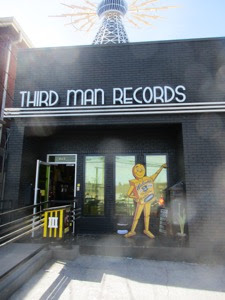 Jack White has his own "Mold-A-Rama" machine at Third Man Records in Nashville because of course he does.

And "Mold-A-Rama" has quote marks around it because technically that's a trademarked name used by a specific company, so the machine at Third Man Records is labeled a "Wax-O-Matic."  The machine at our store (which is still not up and running yet because we have to find a leak before we can put it out for public use) is not labeled anything at all other than as a way to "Make your own souvenir in seconds!" but we can at least claim to have something in common with Jack White.  (I'm also from Detroit, but I think much past that the similarities and any claim to additional coolness ends.)

Nashville was not exactly convenient, but we found a way on our Spring Break road trip  to make it there on our drive from San Antonio to Ohio where we wanted to spend Easter.  The Third Man Records machine was not on most of the maps, but we knew it existed (because when people know you collect Mold-A-Ramas they send you related stories when they pop up), and we wanted one! 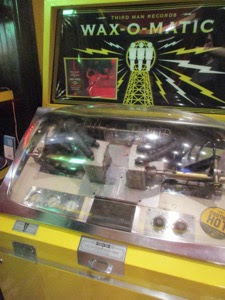 The machine makes a replica of one of Jack White's guitars, so it's our first musical instrument figure.  (The goal one day with our own machine is to have it make a violin.  We're hoping to scan one I've made, scale it down, 3D print it, then make a mold from that that we can transfer to the machine.  I don't know if we can do it, but that's the dream!) 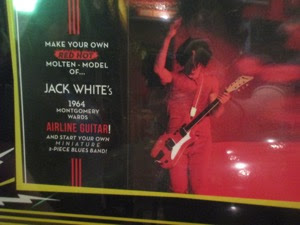 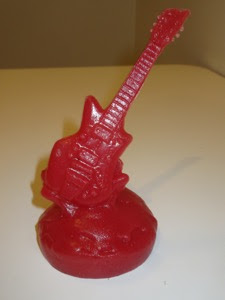 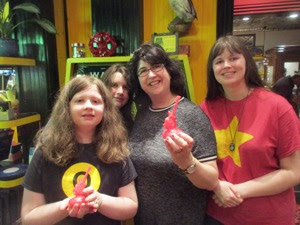 The machine only takes tokens that you have to purchase at the counter, but it works out to three dollars.  We ended up getting three: One for the official collection, a spare in case it broke on the way home just because it looked delicate (and the odds of us ever getting back there again are slim), and one for a gift for my aunt and uncle. 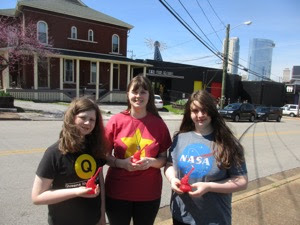 Nashville is such a beautiful city!  We didn't get to stay long, but we enjoyed what time we had there.  If we had planned ahead better (particularly factoring in the time zone change) it occurred to us too late that we probably could have also ducked over to Knoxville and seen their new and improved machines.  Supposedly those are all in working order now, but that will have to wait for another trip.

(One bonus Mold-A-Rama post to come, then I'll see if I can recount anything else of our trip before I forget it all.)

Posted by Korinthia at 8:59 AM