I love to write, but didn't have much excuse to do it after I graduated from college.  In 2005 I made a conscious decision to try my hand at real writing and the first thing I did was an essay for the This I Believe project on public radio.  It seemed like a good way to get into it since the format felt like a school assignment.  My essay, titled Amazing Grace, made it into a collection called This I Believe: On Love published in November 2010, and I recorded it for broadcast on the Bob Edwards Show on November 5, 2011.

I had two essays published at a parenting site called Babble before they hired me on as a blogger for a few years.  My blog there was called Holding Down the Fort and it chronicled my life during my husband's second deployment to Iraq. When Disney acquired Babble (and eventually killed it) I moved all of those posts here, so they are still available to read if you go back far enough in my archives.

I've had essays published on the site Rewire Me, as well as on Mom.me.  I am also a regular contributor to Lake Effect on WUWM, my local public radio station.

Not long after my first essay was published I decided to attempt writing fiction.  I thought it might be nice to work on a novel in the background for a few years just to see what that was like.  It turned out to be so enjoyable I cranked out a whole book in a couple of months.  Then I wrote two more, along with some companion short stories.  After much thought, effort, and research I decided to self-publish.

My first novel, Almost There, is available at Amazon in paperback and kindle versions. 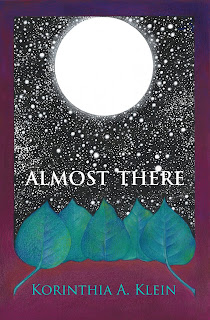 I also have a non-fiction proposal for a compilation of the emails my husband and I wrote to one another during his first deployment.  Those were stressful, interesting times. That may be a while before I can edit it and get it out there, but I'd like to.

Currently I'm working on a violin repair diagnostic guide for teachers and players, and now I always have a couple of novels in the works because they are so much fun to do.

My latest novel, Seducing Cat, is available at Amazon in paperback and kindle versions. Both copies of my novels are also for sale at my violin store, so if you're in Milwaukee drop by and pick one up! 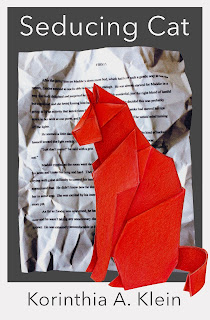 Buy my books! And if you like them leave me nice reviews on Amazon!