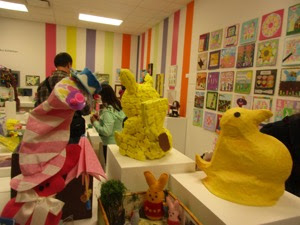 My kids, my mom, and I all have pieces on display in this year's annual Peeps Art show at the Racine Art Museum.  None of us won a prize, but when a TV station interviewed the artist who took first place and asked her what things in the show she liked, she singled out Mona's bird (which got a nice close up).  And this morning my Peeps orchestra was featured in the paper!

I liked all the things we entered so I thought I'd share them here for some pre-Easter fun:

The first person to finish the Peeps Art project was Quinn.  He likes maps and decided to do the United Peeps of America (Land of the Peeps, Home of the Other Peeps).  Note the different types of Peeps for the different oceans.  He also did the map outline freehand (because tracing would be cheating, even though there is no one anywhere who expects a ten year old to draw the U.S. freehand). 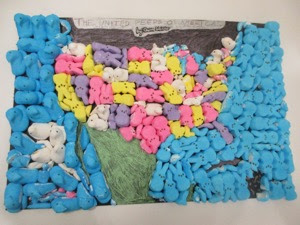 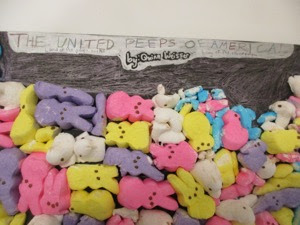 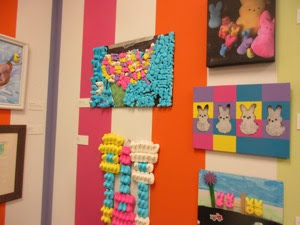 My mom also threw her hat into the Peeps ring with her drawing in iridescent pink ink called Pink Sugar.  The photo doesn't do it justice.  The funniest part was when she absentmindedly ate the Peep she was using as a model.  (Thankfully that didn't stop the progress of the art.)  It wasn't the flashiest thing on the wall at the museum, but it was far and away the most elegant.  (Quinn voted for his grandma's Peep.) 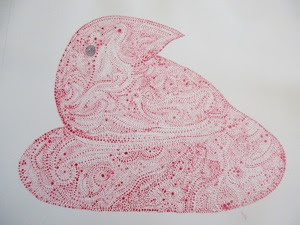 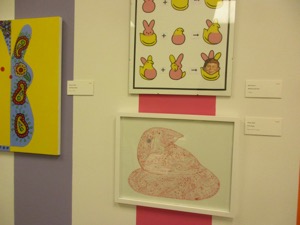 My piece is the Milwaukee Peeps Orchestra.  I figured it would be cute to display in my violin store after the show.  The dog ate the first conductor and I found the mangled little baton on the floor.  The dog also ate the assistant conductor, so I had to go back to Target for a new package of them.  My favorite part of my little group is the wonky music, because it looks like what I imagine a Peeps orchestra actually being capable of playing.  (I also like the slightly confused Peep in the second section who isn't playing.) 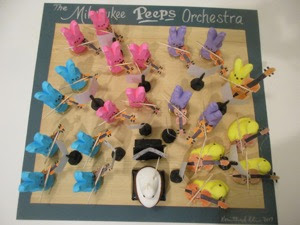 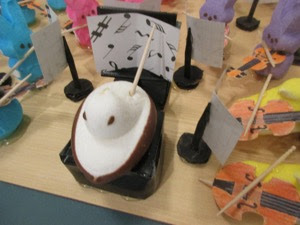 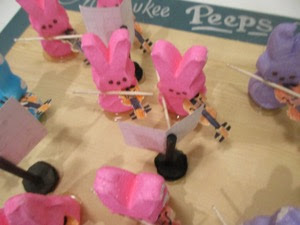 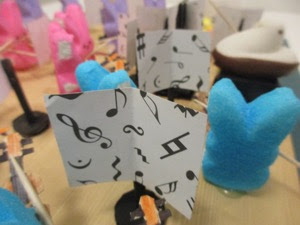 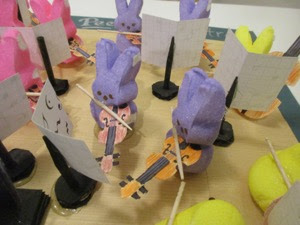 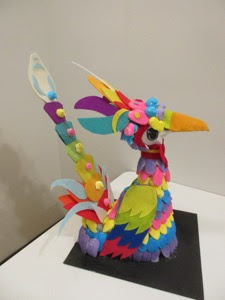 Mona started off making a dragon, but the Peeps weren't working out with the hot glue the way she imagined and the whole thing started to exceed the size requirement, so she switched to her Candy Bird.  It's brilliant.  Her use of the rows of Peeps from the underside all glued together like plumage is clever, and combining it all with felt is seamless.  I think it's just great and we were all surprised it didn't win. 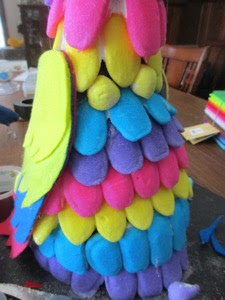 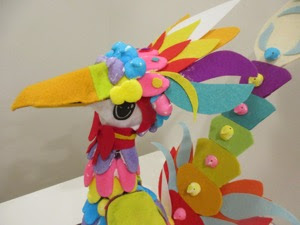 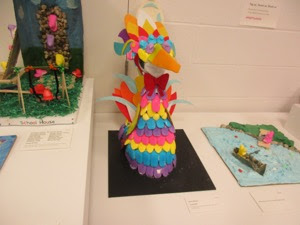 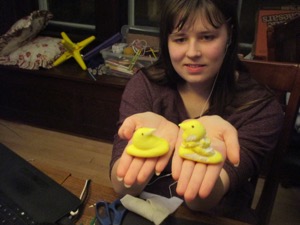 Aden's piece she finished up at the last minute so the best pictures I have of the whole thing were taken in the car on the way to Racine.  She's a fan of the Legend of Zelda, so she amused herself by making the Legend of Peep.  The one tricky part was to dress them properly she had to cobble together taller Peeps first.  I love her little Peeps figures. 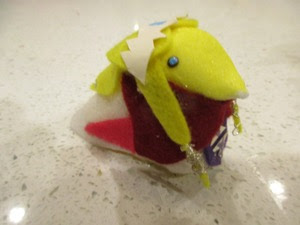 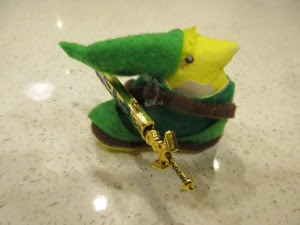 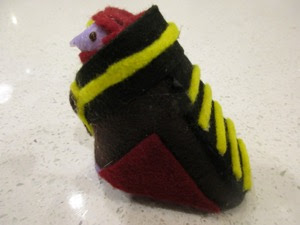 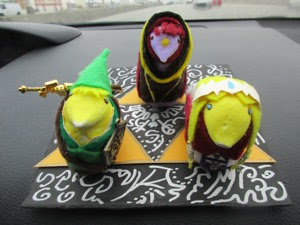 So that was fun!  There were tons of Peeps and art supplies on the dining room table for about two weeks, and I miss our having a group project to do now.  We're already looking forward to next year. 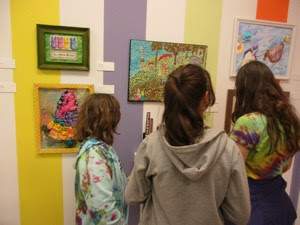