So much to write about, so little time to write.  I am so behind here!  I just finished an incredible week at this year's varnish workshop, but I need a bit more time to process it all before I can share any of it in a post.  The kids just had their science and multi-cultural fair, Aden played in the pit orchestra for her first musical, work has been busy, I've performed in a couple of great concerts, but I don't think I will get a chance to write about any of it.

However, I do want to take a second to describe a bit of our recent trip to The Wisconsin Dells over Easter weekend.  It wasn't possible to go to New York this year for our tradition of staying in my brother's apartment and setting up egg hunts in the nearby rose garden.  So instead we headed west for my other brother's home in LaCrosse and on the way stayed a couple of nights in The Dells.  It's something we've been meaning to do with our kids at some point, and now was apparently the time.

The Wisconsin Dells, for those who are not familiar, is a small town not far from Madison with a small local population but a ton of visitors during vacation season.  It was a spot where in the past river traffic had to stop at the falls in order for people to change boats, and as a result tourist attractions were born.  Today it's a kitchy place full of water parks and different theme hotels.  There are various boat tours (including the famous "ducks" and we saw intriguing ads for something called "Ghost Boat"), lots of mini golf, go carts, ice cream and restaurants, and goofy souvenirs.  It's the sort of place that always seems to have fudge and moccasins.  (We got both.) 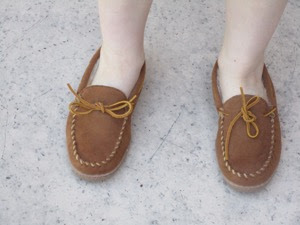 We spent two nights in a hotel called Chula Vista, which we actually stayed in once for an Army thing many years ago, and only Aden had faint memories of it.  The giant indoor water park was easier to manage this time around since the kids didn't need supervision and I didn't have to accompany anyone down a tube slide. 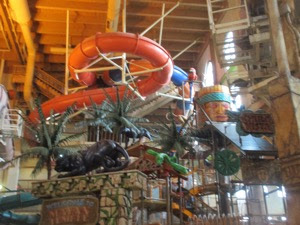 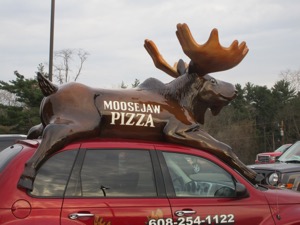 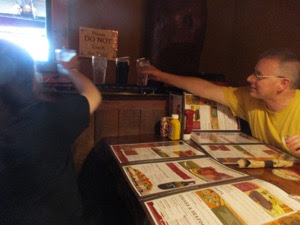 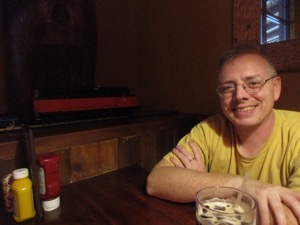 We looked in vain for any personalized doodad with Quinn's name on it purely for the sport.  (When we were in Yellowstone last summer we found a cheap little sheriff badge that said "Quinn" and now we regret not buying it since it's the only thing with his name we've ever come across.  We long ago gave up looking for anything with the girl's names on them.)  We enjoyed flipping around the endless cable channels in the hotel room where we stopped periodically on things like Chopped, or shows where people were trying to improve their homes or furniture, and occasionally on a good cartoon.

We spent the most time in a place that used to be called Tommy Bartlett's Robot World, but is now called the Exploratory (but in my head it will always be Robot World).  We went there once before we had children because Ian was interested in seeing the Mir space station they have on display there.  It's a real one built as a spare for the one that went up into space in the 1980s.  Tommy Bartlett outbid everyone else for it when the Russians decided to sell it, and there it sits in The Dells.  It's a fascinating piece of history, and the display is clever.  It's on a tilt that is genuinely disorienting and appropriate for getting you to not feel grounded in an ordinary way while you view it.  It actually makes me a little queasy, and had the same effect on Aden so she didn't spend long inside.  I'm always struck by the use of space on every surface since all of it is usable without gravity and the ceiling is arbitrary. 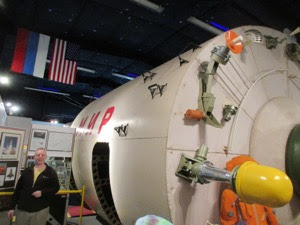 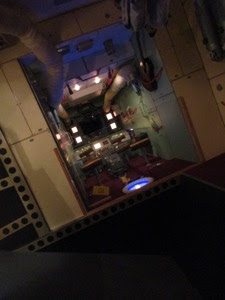 Most of Tommy Bartlett's formerly Robot World is filled with illusions and fun facts and gizmos.  Most of it we already knew, but it's still entertaining.  I particularly like the challenge of trying to name the color a word is written in while not being distracted by the word spelling out the name of a different color.  Quinn got a kick out of being a head on a platter.  And Aden was horrified when I pushed a big button on a display telling us not to do that very thing.  It lit up to tell me I was the 16th person that day to do that. 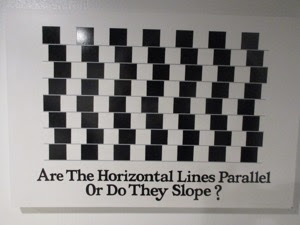 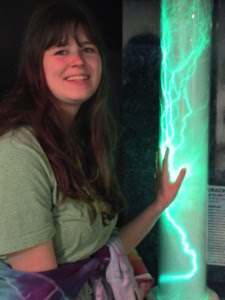 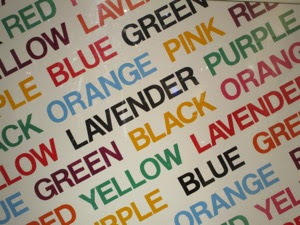 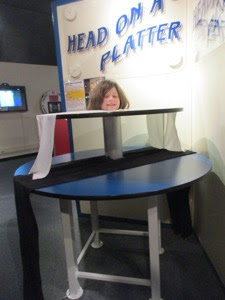 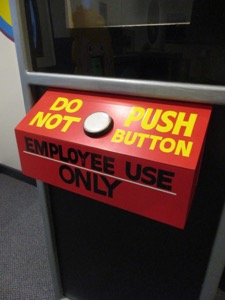 The kids probably spent the most tine with the green screen games attempting virtual volleyball (among other things).  Being there at an odd time of year meant no lines and having much of the place to ourselves, so the kids could spend as long on things as they liked. 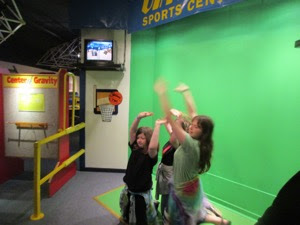 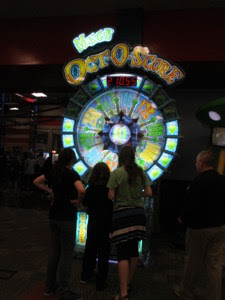 While at the train restaurant we also stumbled upon an arcade with the craziest over-sized games we've ever seen, the coolest glow bowling imaginable, and a trampoline/basketball room.  I told the kids The Dells isn't so far away that if they ever wanted to plan a birthday party trip out there for just a few friends we'd be game to arrange it.  I don't think they'll take us up on it, but it's a fun idea.

It was an odd little trip.  Normally I prefer to spend time in locations with genuine historic value, but there is a place for manufactured nostalgia.  It's silly and weird and fun in a way I think every kid should get to do at least once.  I think most parents have some form of childhood bucket list of things they hope to get to before their kids are grown and gone.  We can at least scratch fudge and moccasins off of ours. 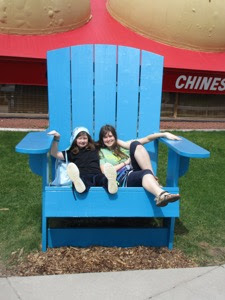 Posted by Korinthia at 7:45 PM