Well, chocolate cake, anyway, shaped to look like a fish. 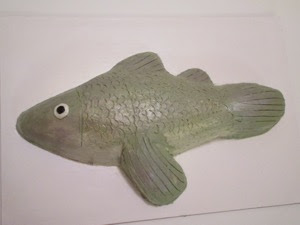 I'm not sure why this year Quinn settled on "fish" as a dessert theme for his birthday (even took cupcakes to school with Swedish Fish on them), especially since his party was at a roller skating rink, but the fish cake was easier than the peacock cake, so I didn't mind. 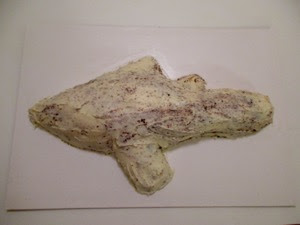 Quinn wanted to help this year, so I let him pick out a box cake at the store and make the batter himself.  He supervised my cutting of the cake into fish parts and laying them out.  He watched me do the crumb coat (which was particularly crumby), and then we popped that in the freezer for the afternoon while we went out with his sister to go coat shopping.  (Everyone had a coat that fit before the first snow hit this year!  It's a small parenting victory for us but I'll take it.)

Quinn left me alone to frost the cake so there would be some surprise, but I knew he wanted me to keep it simple.  I mixed up some white frosting with a bit of brown and blue coloring to get a fishy green, made the belly a little lighter, etched on some scales and details with a toothpick, and that was pretty much it.  I brushed on a bit of metallic pearl dust to give it a little shine, and then realized we still had a can of that gold cake spray left over from Mona's beetle cake last year, so I added a small spray of that, too.  The eye is just more frosting. 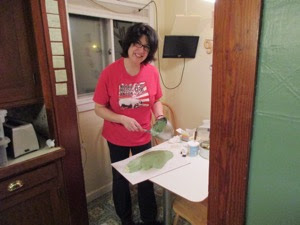 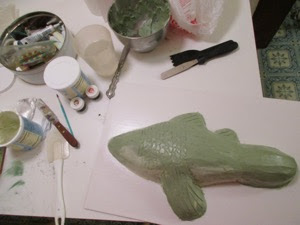 The party at Incrediroll was a success!  Ten kids total including all our kids and a friend for Aden.  It was even a blissfully empty day at the roller rink because there was a Packer Game on, so keeping an eye on that many third graders turned out to be easy.

The whole thing was a good deal, too.  We've thrown plenty of birthday parties at our house (and Aden wants another sleepover this year, so we will again soon), and even though we do all homemade games and things, it still adds up with pizza and juice and whatever else the loosely constructed theme requires.  Plus all the time and energy to clean the house on both sides of the event makes parties a lot of work.  So I'm always pleased when one of my kids wants a party elsewhere to make it easy.  (Sometimes they don't want a party at all--Mona just wants to do something special with family this year.  I like that, too.)

So, for $200 at Incrediroll all the kids got to skate for a whole session (rental skates included), do a game of laser tag, they each got 20 arcade tokens, Quinn got a minute in the crazy "Cash Cube", plus the price included pizza, drinks, popcorn, and goodie bags.  All we had to bring was the cake.  It's a noisy few hours of my life that I don't get back, but it was easy on us and it made all the kids very happy.  Quinn even collected a bunch of cereal for the food pantry that we can take the next time we go, so that's good too. 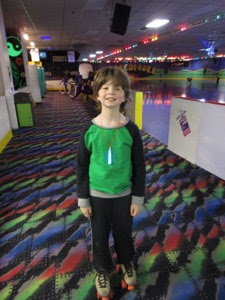 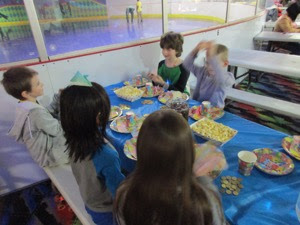 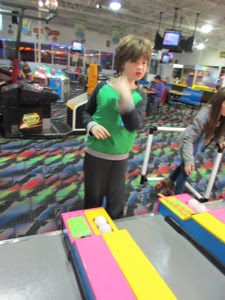 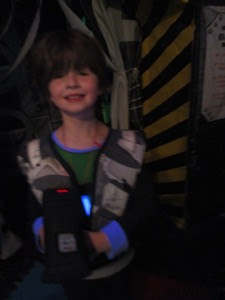 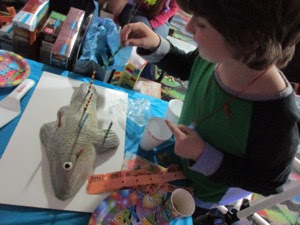 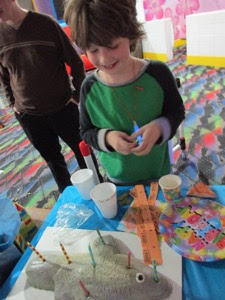 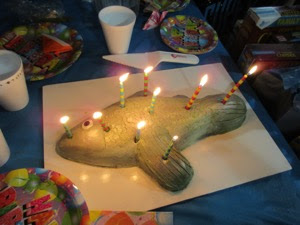 I'm including this next picture not to remember that one of the little guests thought it would be funny to disrupt my one chance to get a picture of my son blowing out his birthday candles, but to remember how our kids in general are into "llama hands."  Is this a thing everywhere or just in my kids' school?  My kids can entertain themselves for hours by making llama hands and doing silly voices.  Llama hands are currently a daily thing around here so I don't think about it much, but I have to remind myself that it won't be forever, and years from now I'll likely look back at this post and think, "Oh yeah, I forgot about the llama hands.  How could I forget about the llama hands?" 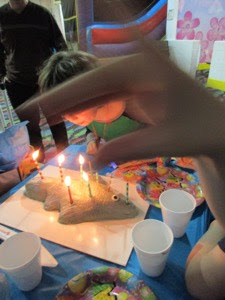 The gambling games and the Cash Cube were funny.  Mona had a handful of spare arcade coins that since they weren't originally designated as her own she felt free to risk in a way she wouldn't normally.  She pumped them all into the weird spinning coin wheel game that paid off big if you happened to get a token in the bonus spot.  And she got it into the bonus spot!  Ended up trading in her points for a cute stuffed penguin that was definitely a cut above the super cheap prizes the kids usually have to choose from.  And Quinn enjoyed the strange flurry of the Cash Cube and now has tickets for free cotton candy and popcorn next time we go back. 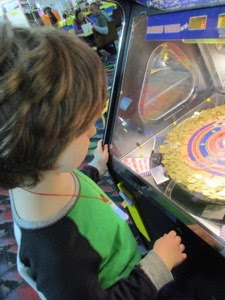 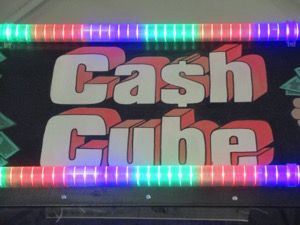 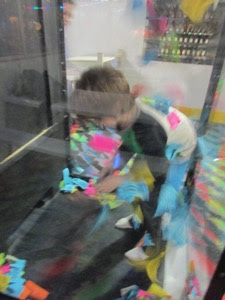 I'm pretty sure all of this activity means Quinn can be nine now.  I miss my baby being a baby.  But how great is nine?  Pretty great.  Just when I think I can't love that boy any more than I already do he grows a little more and so do my feelings for him.  Happy Birthday, Quinn.  Keep being you. 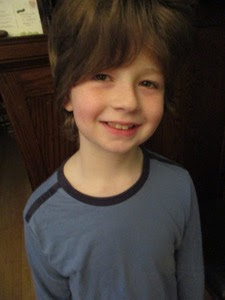 Posted by Korinthia at 9:24 AM