Mold-A-Ramas at the Lincoln Park Zoo 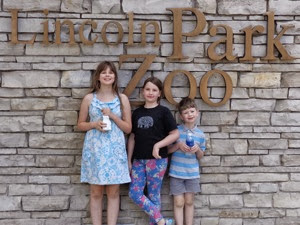 My kids and I just returned from a brief trip to Detroit, and on our way home we stopped at the Lincoln Park Zoo where we got two more Mold-A-Ramas.

We left my parents' home early and made good enough time that when we reached Chicago I asked the kids if they wanted to stop somewhere and add to our collection.  The choices were the Willis Tower (which I still think of as the Sears Tower) and the Lincoln Park Zoo, both of which have two Mold-A-Ramas.  The kids weren't sure which to do, so I got to pick.  The Sky Deck at the Willis Tower is expensive, and the Zoo was free (or would have been if I'd known a better place to park), but the deciding factor for me was the weather.  It was a gorgeous fall day and too perfect to spend inside.

The park is beautiful.  It's the kind of place that makes you wish you were living in Chicago so you can take walks there whenever you like and enjoy all the wonderful things the city has to offer.  (Then you get in the car and decide, no no, plenty fine in Milwaukee where we aren't trapped in perpetual rush hour.) 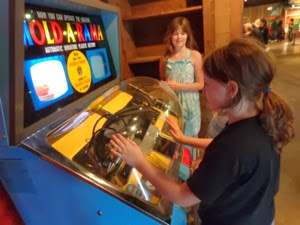 There are two Mold-A-Rama machines in the Lincoln Park Zoo: One in the primate house, and one in the main barn.  The first one we found quickly.  It's a gorilla just like the one we got from our own zoo, but this one is green.  The second was at the far end of the park and it's an orange piggy-bank, which is sort of odd, but at least it's one we'd never seen before. 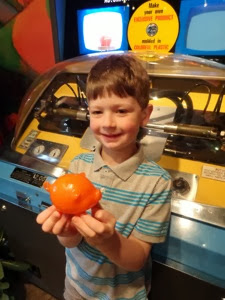 After collecting our plastic treasures we explored the rest of the zoo, which as I've mentioned is beautiful.  It's just big enough to be interesting, but not so big as to be overwhelming.  It's elegant, and had several animals we'd never seen before.

Such as these guys: 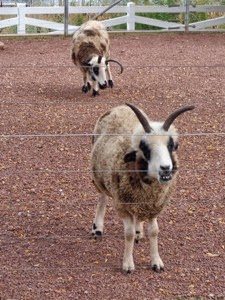 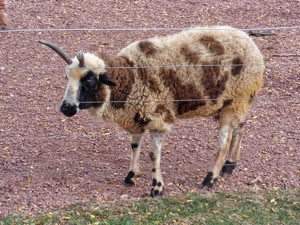 They are called Jacob Sheep, and they look like the kinds of domesticated animals someone would design for a science fiction program where they throw some stuff together on an existing animal to make it look familiar but alien.  There was also a large goat-like creature called a Takin that we didn't know, and we got to see a Serval in the cat house.

And lions are always amazing to see. 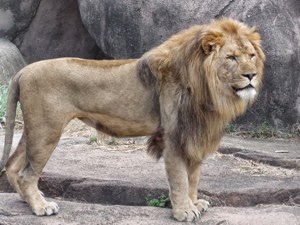 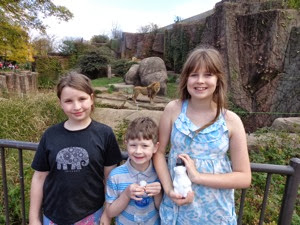 So it was a good trip!  Much more fun than sitting in a traffic jam on the freeway, which is normally what we do in the same amount of time in Chicago.  We definitely plan to visit again.

The next place on the Mold-A-Rama list is either the Willis Tower if we are passing through, or the Museum of Science and Industry if we plan to spend the day.  There are also Mold-A-Ramas at the Field Museum, but we want to wait and go for those with my brother once he starts his position as a research associate there.

Our collection is up to 25!  I told the kids when we hit my age in Mold-A-Ramas I will get or make a special display case.  The kids now have it in their heads they must hurry before my birthday in March.  Thankfully, regardless of what they believe, my birthday will not rocket me ahead in age by decades, so I'm not worried.