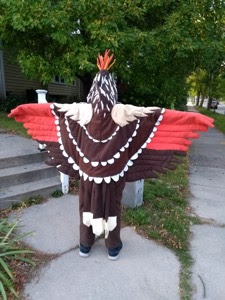 No, I'd never heard of it either. When we started brainstorming costumes for this Halloween, Quinn settled on some kind of bird and simply searched around the internet until he found one he liked. 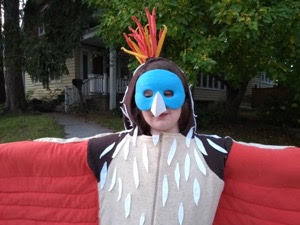 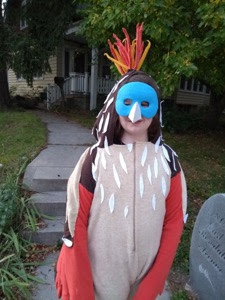 Hoatzins are striking birds from more tropical regions of our hemisphere, but so far I've only had one friend know what they are (because she saw them on a bird watching expedition). I asked Quinn if he minded dressing as something no one would recognize, and he was fine with that. (As the costume maker, the idea that the more accurate my creation the less likely anyone would know what I made is a bit discouraging, but no more so than the thirteen-lined-ground-squirrel or the chimera, and those made my kid happy, which is really the only point.) 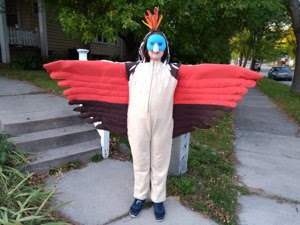 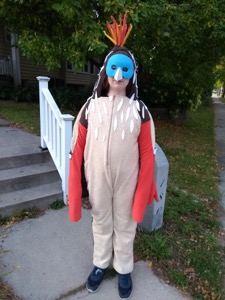 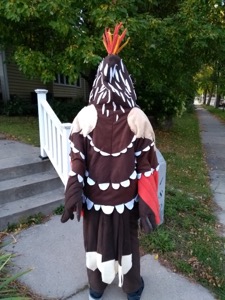 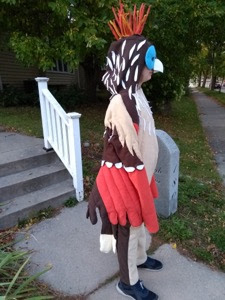 I think it came out okay. Quinn was not thrilled that I wanted pictures before I got around to painting his beak a darker shade of grey, but eh. The costume is comfortable and warm, which considering how the temperature keeps dropping here makes it practical. I've always been glad that my kids have never needed to wear a coat over their costumes. (My memories of trick-or-treating in Detroit involve a lot of rain.) 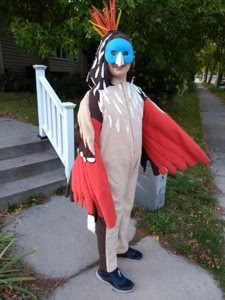 Anyway, behold the hoatzin! Can't help you with the proper pronunciation, but at least you have an idea how such a bird might look out of fleece now.

Posted by Korinthia at 7:18 AM