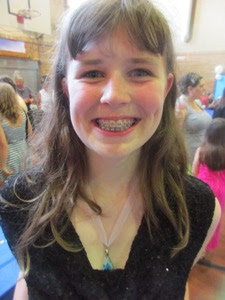 How does that happen?  I remember a decade and a half ago the pregnancy test coming up positive, and telling Ian, and then telling my grandma (who cried).  I remember talking to Aden in my belly and enjoying having her with me everywhere I went even though I hadn't seen her yet.  I remember the baby who smiled at me for real at three weeks old, and who had full blown empathy at four months.

I remember a little girl starting at her public Montessori school who refused to walk down to her kindergarten classroom in the basement unaccompanied, which was a problem in the winter for her pregnant mom with the toddler in tow and a husband deployed in Iraq.  That problem was eventually solved by her finding a friend to walk with her.  That same friend was one of the last she walked out of the school with after graduation.

I can't believe time can come crashing all together like this.  Hundreds of trips in and out of that school, no particular one looking like a milestone, and yet she started as a tiny four-year-old I could scoop into my arms, and came out an impressive young woman who performed a violin solo on the stage for the graduating class and left clutching a certificate.  I am overwhelmed.

Where did it all go?  I know I still have Aden through high school, and Mona and Quinn are still at Fernwood, and I know there are wonderful things to come, but right now I'm only feeling endings.  My little Aden!  I told her last night she needs to know that any time I ever lost my patience with her, or seemed mad or frustrated, that those moments only reflected how I am human and never on how deeply and ridiculously she is loved always all the time and forever.  She can't possibly understand what she means to me.

Before we reached graduation day Aden had some academic struggles.  There wasn't really a question that she would pass eighth grade, but there were some requirements she hadn't met in order to participate in the ceremony.  One of those was to present two years of work from her Sustainability class, which everyone else had collected in folders.  Aden did not manage to compile such a folder, and her teachers, ever gracious, said she could instead create a visual display to be installed as a permanent fixture in the classroom.  She spent many hours long into the night to complete it, and it was good.  Her oral presentation about all the symbolism and tying the idea of Sustainability in with Montessori philosophy reportedly knocked it out of the park. 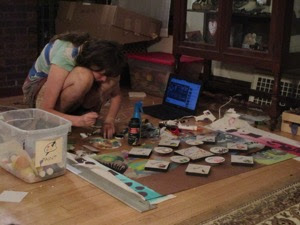 Aden is capable of staying up late to work, but she is uncomfortable being downstairs alone when everyone is asleep.  I spent the last several nights while she was doing the Sustainability project down in the living room with her.  I read or played on the computer until I couldn't keep my eyes open anymore while she painted and cut paper and generally made a mess.

It was interesting watching her work.  She's very much the same person she has always been when it comes to making artistic decisions.  Aden gets an idea in her mind and remains loyal to it, which can be good in terms of clarity of vision, but occasionally bad when it comes to execution.  I offered to help with anything that would speed her process along, and she had me paint the edges of some Styrofoam blocks.  I pointed out that painting the blocks was not an efficient way to get the effect she was looking for.  It would have made more sense to wrap them in black tape or paper, rather than blacken the edges in a way that required extensive drying time and risked getting paint where she didn't want it.  She also wanted squares of paper cut to go over individual blocks that were a perfect custom fit, rather than make identical squares that were interchangeable.  I understood her mindset, but convinced her it was an unnecessary waste of time.

To make my point I shared with Aden one of the most important lessons I ever learned about creating visual displays.

When I was a child I had a dream of working for The Muppets.  I loved to make things, I loved puppets, I loved everything Jim Henson, and I could see myself happily designing sets and Muppets and entertaining kids.  I could still be happy doing that, probably.  Anyway, imagine my excitement when the Detroit Institute of Arts put on a show of Muppets!  It was part of a touring exhibit of everything Jim Henson produced, and the DIA expanded it to include their own extensive collection of puppets.  I got to see the original Kermit, and Statler and Woldorf in their box seats, and Grover in all his Grover glory (back before anyone had conceived of Elmo).  It was amazing.

It was also a revelation, because seeing things on TV and seeing things up close were two entirely different experiences.  Many of the puppets were made from very simple materials.  Surfaces that seemed solid and finished on screen were often just exposed foam and felt.

The thing that stuck with me most was the set of Pigs in Space.  The whole stage was there, with the bridge and the consoles and, of course, the pigs.  On The Muppet Show, Pigs in Space looked appropriately spacey, all shiny and official.  But then I looked at the insignia on their uniforms and realized it was just a circle of pink felt with the pig face drawn on in marker.  That was it.  It wasn't embroidered or silk screened or like a real uniform at all.  It seemed shockingly unfinished and crude.  But it was enough.

Up close it was imperfect.  Three steps back it was Pigs in Space.

I told Aden that, when time and cost were factors, she needed to be able to recognize what can and cannot be appreciated from three steps back.  If it doesn't matter how the edges of  blocks are colored from that distance, for instance, then use the easiest method.  Save the fussy techniques for when they matter and you can have more resources to devote to them.

Figuring out her priorities and how to manage her time will be the most important parts of any academic success Aden's going to have in high school next year, so the sooner she starts thinking about that the better.  Maybe Pigs in Space will help.

It's hard to know what stories or advice make a difference, though.  I'm starting to feel the weight of many missed opportunities--all the things we never got to or that I meant to share or do or try.  Because my baby girl is so grown up.  She still loves me and listens to me, but I'll never carry her on my hip again, or read her Goodnight Moon at bedtime, or help her set up a tea party for stuffed animals.  We're in a new and wonderful phase, but the little girl chapter is closed now.  I'm finding that realization more painful than I expected.

At the graduation they ran a slideshow of all the eighth graders as tiny children.  It included captions about where each student was headed for high school.  Most of the Fernwood graduates end up in the high performing public college prep schools, a few were headed off to religious schools or high schools on the south side of town, and Aden was one of four kids who got into the High School of the Arts.  Aden let me pick her three photos for the slideshow, and I chose these as the most identifiably still her today: 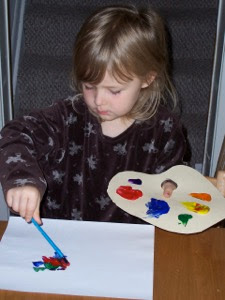 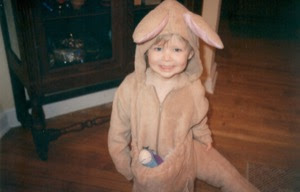 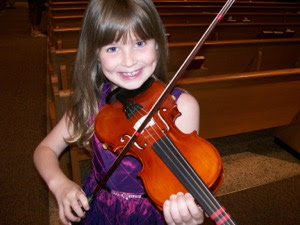 I was a wreck during the slideshow.  I was sitting next to Quinn who seems to just accept that when his mom goes to her kids' events she takes photos and she cries.  But how could someone not?  To have all these sweet pictures of little babies come up with captions about where they are going to high school....  There was so much love and hope in that room.  So much pride and struggle and work and care represented in all those faces and families, all gathered to celebrate one last moment together after so many years.

There was a reception afterward down in the gym with cupcakes and fruit and cookies and juice.  The kids all signed each other's yearbooks and hugged and posed for selfies with one another.  Aden's retired kindergarten teacher came to the graduation to share hugs and congratulations.  Aden was one of the last to leave.

She told me she has loved her school and her teachers and her friends.  When I think back ten years to how I agonized about what school to choose, it's gratifying to hear I made a good decision.  That's a rare moment of parental validation.  So far it's been a good choice for all of my kids.  I wish every child had a school they loved as much as mine love Fernwood.

I'm not pretending my kids or their school are perfect.  Nothing is perfect.  But sometimes we just need to take three steps back to appreciate how insignificant most flaws truly are.  I'm not a perfect mom, but I've been the right mom for Aden.  That's enough.  And from the distance I'm standing now from her childhood, it's hard to remember the difficulties with any of the original angst.  It's been lovely raising Aden.  I love that girl.