It's so strange navigating this week without factoring in trips to the Y.

We went to Swim Team as a family last Thursday (although, ironically Mona was the only one who didn't swim--her coaches threw a dance party).  Friday I did my laps as usual before work.  And that was it.  Now it's closed and we're not going back there anymore. 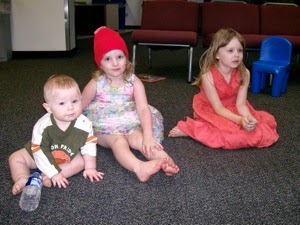 We've been going there for a long time.  Here are my kids in the playroom at the Y when we first signed up:

One of my favorite places to let the kids use up some energy was the racket ball court.  We never actually figured out how to play, we just always got as many balls as we could and let them all fly.  (Yes, occasionally someone got bonked, but life is like that.) 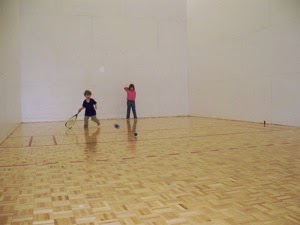 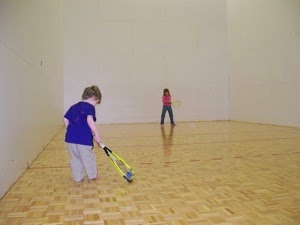 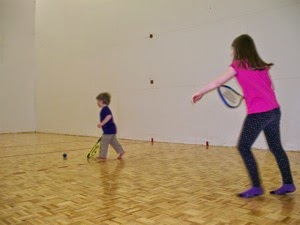 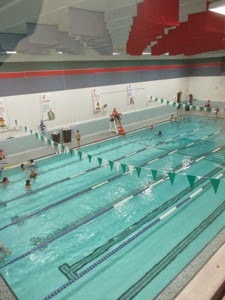 This was my pool:

And one of the nice things about the Y was they had a small "therapy" pool that the kids liked that was always 90 degrees.

There was lots of talk the last day among the aqua aerobics ladies about where they would go.  Several of them just weren't going to go anywhere, which is a shame.  I admire those old ladies getting themselves out to exercise every morning.  Part of the reason I like swimming is I know I can do it for a very long time, and I won't have to worry about hurting my joints or risking other injuries as I age.  I'm just assuming I will still be doing laps at 90.


It's a weird feeling to have spent so much time in a place and to not be able to go back there.  I did so many laps in that pool I'm scared to even try to calculate the number.  I know all the marks in the ceiling and any irregularities in the tiles, which were the good showers and lockers, the names of the staff who remembered which key I wanted and how many towels to hand me without being asked--And all of that information will fade away to just a general impression.

But it will be a good impression.  We joined the Y originally because I needed somewhere to take the kids to run around outside of the house when it was cold and I was feeling stir crazy during Ian's first deployment.  One of the main reasons we stayed was because I wanted to make sure all of my kids could swim.  I can now say Mona is a strong swimmer, Aden lacks technique but is quite capable in the water, and on our last trip to the Y I asked Quinn if he could get from one side of the small pool to the other without touching the bottom now, and he not only did it, but did it in one breath!

Everyone at the Y was nice.  The political banter among the old men in the lobby was enough to make me run screaming, but the old ladies were sweet and sometimes brought me treats for my kids, and the staff was unfailingly helpful.  At Mona's last real swim team practice I asked her coaches if there was any chance of letting them try the log roller thing that my kids had eyed sitting off to the side, and they did it, even though it turned out to be surprisingly difficult to get it out and put it away and I didn't realize what I was asking.  The kids weren't able to run, or even really stand on the log in the water, but the coaches came up with fun games for sitting on it and rocking an opponent off.  Mona was thrilled and she'll remember that forever.

I haven't been able to convince Mona to try another swim team.  She liked what she had.

I did, too, but at least from my end this could work out to be a good change.  I will miss the Y and its towel service and abundant showers and suit spinner, but the county pool is much closer, so instead of half an hour of extra driving time in the mornings it will only be ten minutes (and in good weather it's an easy bike ride).  Swimming later in the morning does mean I arrive at work with my hair still wet, but if Ian's the one taking the kids to school I can actually sleep in a little.  The pool itself is bigger.  There are more lanes and they are wider, and a mile is 32 laps instead of 36, so I actually finish a little faster since I turn around fewer times.  It will be good.  I need to build a new routine to get used to it, but it will be good.

Of course, when I bought my annual pass this morning the guy at the counter warned me that the pool will be closed for maintenance for three months at some point, but they don't know when.  Fun.  I'll swim under that bridge when I come to it.  In the meantime there are lots of laps ahead of me, and I'm sure I will figure out something for the kids to do to get them moving around more.

We'll miss the Y.  But a lifeguard did let the kids take one of the plastic toys from the bin at the small pool that they were extremely sentimental about.  I don't think the bank would want it anyway.  And it's a little piece of the Y they can bring to whatever pool we swim in.
Posted by Korinthia at 6:01 PM