Last year we did the Peeps show at the Racine Art Museum proud. Aden won the Peeple's Choice Award with her Jurassic Peep, Quinn got a prize in the kid category from the mayor, and my Peeps Violin (which is incredibly faded but still gracing the front window of our violin store) even got reprinted in the paper last week.

This year? Well, we ran out of both time and inspiration this year. I couldn't think of another violin related Peeps project, Mona and Aden each came up with things that were more ambitious than they could do in the few hours we had available, and Quinn took a long time to decide on anything. So we simply went with things that made us laugh.

Behold! With the least amount of effort ever submitted to the Peeps event, Aden's Sunny Side Peep: 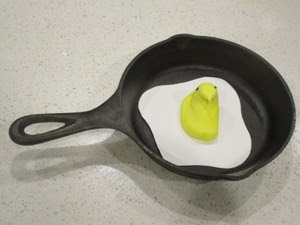 Finished on the day of the deadline Mona created the Peepinator: 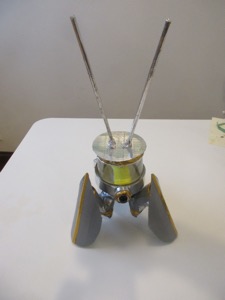 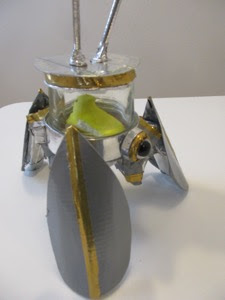 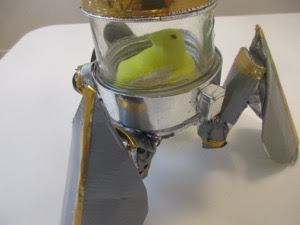 Quinn was inspired by the (truly disgusting) sour watermelon Peeps we found that were green on the outside and pink on the inside, and decided they'd make good zombie Peeps. He created a zombie apocalypse scene entitled Zombie aPeepcalypse: 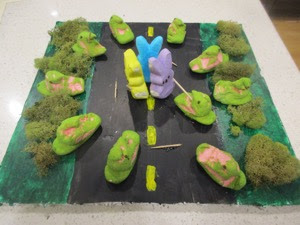 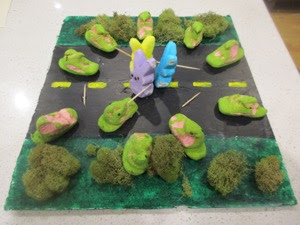 I simply went with the Seven Deadly Peeps, primarily because I liked the idea of sloth simply being a Peep on its side: 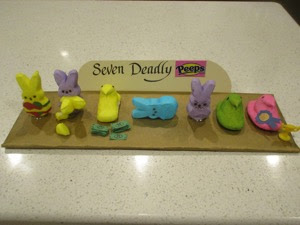 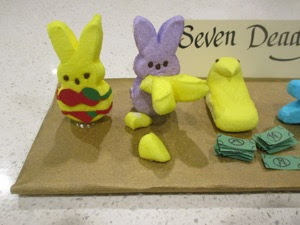 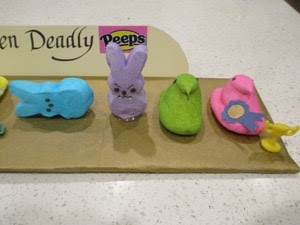 This year's show at the museum was their 10th anniversary, and the entries were great. The winner was a recreation of the Hopper painting Nighthawks done with Peeps, and the whole things was beautifully constructed and looked best in the dark because it was lit from within just right. 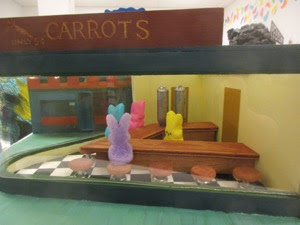 My personal favorite thing was a camp scene with this scary little roasting event happening: 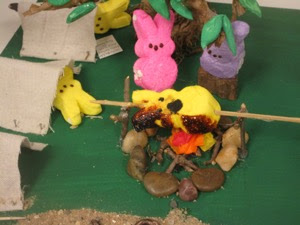 Mostly it's just fun to see our things on display in the art museum. Next year we promise to be more worthy of the honor. 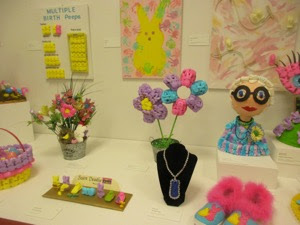 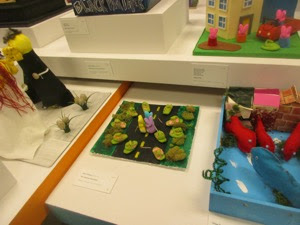 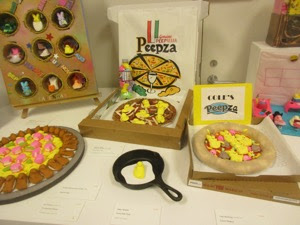 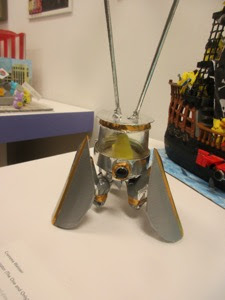 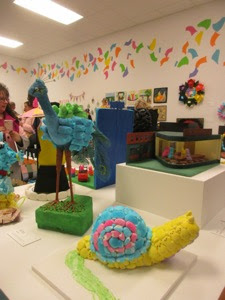